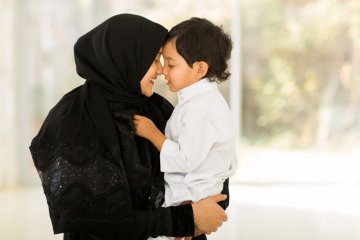 The rights of mothers in Saudi Arabia were given a boost on Monday, when the kingdom’s Justice Ministry released a circular to the courts that would allow divorced women to retain custody of their children. Previously, a mother seeking custody of her children following a divorce would have to petition the courts, a process that could take years to resolve. Under the relaxed rules, however, the mother will only be required to apply for custodianship—so long as there is no parental dispute.

Under the new rules, divorced mothers will also be permitted to keep hold of their children’s passports, although they are forbidden from taking their offspring out of the country without first obtaining the consent of a judge.

As with many countries in the Middle East, family law cases in Saudi Arabia fall under the jurisdiction of the Shari’a courts. According to many traditional interpretations of Islamic law, the mother is the appropriate guardian during infancy and early childhood, whereas the father has the right of custody once a child reaches a certain age, which can differ between religious schools of thought. In Saudi Arabia, this meant that, in the event of divorce, physical custody is automatically transferred to the father once the child turns seven, if he is male, or nine, if she is female.

A broad programme of reform has recently been set in motion in Saudi Arabia. The Vision 2030 initiative—purportedly spearheaded by Crown Prince Mohammed bin Salman who recently announced his intention to return the country to a "moderate Islam"—is primarily aimed at diversifying and strengthening the country’s economy. With the aim to increase the number of women in the workforce from 22 percent to 30 percent in all sectors, there have been some moves to expand women’s rights in a kingdom notorious in recent decades for its lack of gender parity. This includes a pledge to allow women to drive and open their own businesses without first obtaining permission from a male relative.

Via CNN, Saudi domestic abuse activist Samira AlGhamdi who claims to have been campaigning for the rights of divorced women for close to two decades said:

"This is something that I’ve wanted every day. The progress that has happened at the Ministry of Justice when it comes to personal status issues, especially regarding women and children, has been amazing...It used to be that a woman would spend years in court just so she could see her children."

Free Wills Month: get your complementary will from Vardags

Kathryn Mason analyses the treatment of premarital pension contributions on divorce in Family Law journal
This site uses cookies. Find out more. Continued use of this site is deemed as consent.   CLOSE ✖