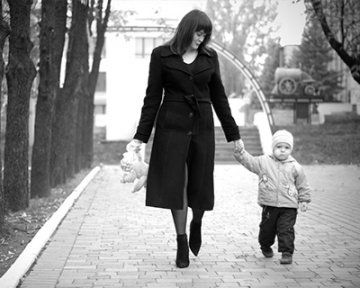 Their study of 150,000 Swedish children found little difference in mental health between kids who live alternately live with each parent and those who cohabitate with married parents. This is good news for the nearly 400,000 British children under age 16 who split their time between 2 homes.

“This living arrangement in general does not imply worsened health for children four years and older,” said researcher Emma Fransson in the Daily Mail. “Sensitive parenting, and predictability of everyday life is important when raising children. This research implies that it is possible for parents to provide these features also if they do not live together.”

Last November, the family law organisation Resolution reported that 82% of young people would rather their parents divorce than remain in an unhappy marriage.

In some cases, however, children who split their time between divorced parents had better mental health than those who lived with just one. Some studies report that this holds true even when there is no financial advantage to living in two households.

University College London found that kids living with one parent are three times more likely to suffer from emotional and behavioural issues. No correlation was found between a child’s wellbeing and the gender of the parent they live with.

Unfortunately, the effects of parental divorce on children may manifest themselves later in life. Researchers from Pennsylvania State University found that children who were aged six or under when their parents divorced were more likely to develop health problems in their middle age.

Records emerge showing that actor Bruce Seton remarried one hour after divorce
This site uses cookies. Find out more. Continued use of this site is deemed as consent.   CLOSE ✖