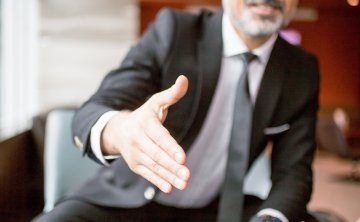 Ramzan Kadyrov, the leader of the Russian federal republic of Chechnya, is driving ahead with his campaign to reunite divorced couples. This week, the ‘Headquarters for Harmonising Marital and Family relations’ proudly announced that they have ‘reconciled’ nearly a thousand couples in six weeks.

Chechnya in the North Caucasus is a predominantly Muslim republic. The leader, Mr Kadyrov, 40, is a religious conservative and the father of 12 children. He was recently re-appointed by Vladimir Putin despite being accused of human rights violations after it was discovered in February that gay- or allegedly gay- Chechen men were being systematically arrested and tortured. Currently, Mr Kadyrov has relative impunity on the condition that he suppresses the region’s Islamic insurgency.

Looking at the unrest in the region, Mr Kadyrov decided that divorce was the root cause of juvenile delinquency. He previously claimed that the majority of young men who had been recruited as extremists over the last few years in Chechyna came from “incomplete families” and that “out of 100 of those families, at the most five or six are normal”. Mr Kadyrov concluded that “our first task is to return women who left their husbands, reconcile them”.

Assisted by law enforcement and religious officials, Mr Kadyrov launched his ‘family reconciliation scheme’ in June. Using a confidential hotline, the commission counted a total of over 5000 separated or divorced couples living in Chechnya. Events were held across the region to encourage couples to get back together for the sake of family cohesion and many were sent to speak with a mullah. The BBC reports that women were urged to return to husbands even if they had married another woman, as officials stated that men are entitled to up to four wives under Sharia law. In some cases, the woman’s parents were brought in to compel their daughters to remarry their former husband. This week, the Chechen state television announced that 948 families have been ‘reunited’ over the last six weeks.

Although Rustam Abazov, the head of department for communications with religious and public organisations, insisted “here in Chechnya, there are no forced reunions, because we live in a civilised society”, there is concern that the unions are far from desired. Ex-wives have complained of unjust pressure to return to men they chose to leave, even after many years of living apart. A Chechen woman called Bariyat who has been divorced for 12 years told BBC Russia “it’s violence against people”. She noted that many partnerships in the region are the result of arranged marriages and the decision to divorce over incompatibility is unsurprising: “if a couple got divorced, most likely it was a definite decision”. Another woman, Zarema, expressed the futility of resisting the order, saying that refusing to return to an ex is seen as contrary to religion, custom and government:

"It is clear that when everyone puts pressure on you, then you have to agree. The question is how long such repeated marriage will last."

In his fundamentalist attack on fundamentalism, Ramzan Kadyrov is once again raising alarm bells in human rights groups. In February, Putin slackened the law governing domestic abuse making it harder for victims to report the violence. Now in this isolated region of Russia, women who may have once fled from abusive marriages are being forced to return with fewer protections than ever. Although Mr Kadyrov declared his programme to be motivated by children’s welfare, it is unlikely that a child will derive any benefit from returning to a toxic home with two parents bound together not by love but force.

Vardags director Hannah Southon comments on powers of attorney on the Jeremy Vine show
This site uses cookies. Find out more. Continued use of this site is deemed as consent.   CLOSE ✖