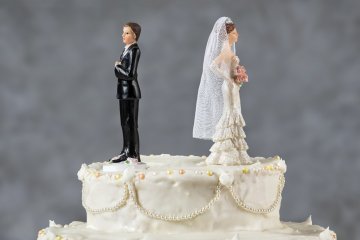 Over 25 years on from their divorce, Carole and Timothy Hayes have still not settled their dispute over Mr Hayes’ potential assets.

The dispute concerns a £1 million “pot of gold” that Mrs Hayes claims her ex husband hid overseas, even though at the time of divorce he was required to give full disclosure of his assets. Mr Hayes denies the existence of the alleged assets and claims that Mrs Hayes has been harassing him and his new wife. Both parties have also petitioned to have the other declared bankrupt.

Their divorce appeared straightforward and ordinary with the decree absolute filed in 1991 and an agreement made to split the marital assets. However, while the divorce was finalised, the disputes between the former couple were by no means over. With a long court process following the divorce, it appears the couple are no closer to resolving their issues. Commenting this week Mrs Hayes lamented, "I just want it to finish before I die.”

Although both parties have settled down with new partners, they seem unable to move on from the financial dispute and Mr Hayes told a judge that the constant legal battle meant that he “was never able to put matters behind him and get on with his own life.”

The dispute over the possible assets claimed to be hidden overseas have led to numerous court appearances. In 2005, Mrs Hayes was successful in her petition to make her ex husband bankrupt due to £35,000 of unpaid legal costs.

Mr Hayes, having been discharged from bankruptcy in 2006 is now trying to have Mrs Hayes declared bankrupt on account of the legal costs orders amounting to around £50,000. Mrs Hayes asked Mr Justice Morgan in the High Court to rule that she should not have to pay this. Her appeal was rejected with Mr Justice Morgan stating that “an order is an order is an order. The orders have gone unpaid. They have not been set aside. They remain enforceable.”

Despite commenting that the litigation between the two parties has “resulted in very many – some would say too many – court appearances”, he did lift a stay on Mr Hayes’ attempt to have Mrs Hayes declared bankrupt unless she pays the £50,000. This could set them up for a continuation of the litigation, perhaps never seeing the disputes resolved.

It is a sad, and extremely costly, end to the divorce process that has taken up a significant amount of time for both Mr and Mrs Hayes.

Luckily, this shocking case is an unusual one, although it does highlight the difficulty couples can have with agreeing finances. Hopefully this case will be settled in the near future, but after 25 years of litigation, it seems unlikely either party will be keen to settle.

New ONS figures show divorce rates rose in 2016 for opposite-sex and same-sex couples
This site uses cookies. Find out more. Continued use of this site is deemed as consent.   CLOSE ✖