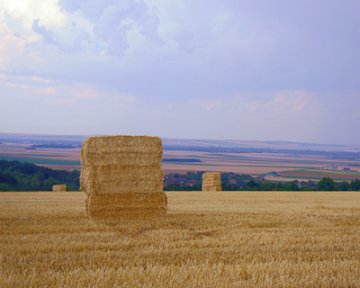 After jumping back hundreds of years for the first blog in this series, this time we’ll only be going back sixteen. The case of White v White ended in 2000 with a landmark ruling regarding the distribution of wealth and property after divorce, before which women were given a rather shorter end of the stick.

Until the case was resolved, spouses, usually women, were awarded their portion of the settlement based on their ‘needs’ – how much it would reasonably take to get them settled elsewhere, with the remainder going to their ex husband. What this didn’t take into account was whether this was a mathematically reasonable approach, and whether it reflected the time, effort and capital put in by both parties. White v White changed that completely.

In 1994 Pamela White petitioned for a divorce from her husband Martin. Before they married in 1961 they had each been farmers, but upon marrying they combined their efforts and eventually expanded their business together. When the divorce came to court, the judge ruled that Ms White be awarded £980,000, using the needs-based model. When Ms White took this to the Court of Appeal, it was argued that, had she been a business partner, she would have been awarded a much fairer share, and it was decided she be given £1.4 million, an approximate 40% share of the fortune, adjusted in Mr White’s favour due to the input his father had on their business in its infancy. Neither party were satisfied with this outcome, so the issue went to the House of Lords.

The House of Lords upheld the decision made by the Court of Appeal, with Lord Nicholls of Birkenhead saying: “If, in their different spheres, each contributed equally to the family, then in principle it matters not which of them earned the money and built up the assets. There should be no bias in favor of the money-earner and the child-carer”. It was deemed unnecessary to change the law, as it was not the wording that discriminated against women, but rather cultural gender bias. Since White v White, it has been clear that division of assets is a matter to be judged on a case by case basis, and not something that should automatically be weighted in favour of the breadwinner.

The Panama Papers and divorce
This site uses cookies. Find out more. Continued use of this site is deemed as consent.   CLOSE ✖