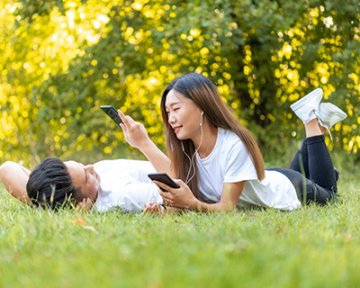 With Twitter turning 10 years old in March and Facebook having hit double digits back in 2014, it’s safe to say that social media has become a ubiquitous part of modern life. With this in mind, I’m sure it will surprise very few of you to discover that these websites are becoming more and more relevant when it comes to divorce.

While it’s not true everywhere, in the UK more than half of Facebook’s users are between 18 and 34 –in other words, they’re millennials. This puts us in a slightly different position to countries like the USA, where the average age of Facebook users is 40.5. Over here, social media is still something that’s most used by our young adults, and therefore the way this quirk of the digital age features in divorce proceedings is something that affects my age group more than any other.

This time last year the Daily Mail reported that social media has become a factor in one in every seven divorce cases, and though there currently isn’t any data that says these cases are all among millennials, the fact they make up the majority of users in this country means that they’re likely to be disproportionally affected.

There are a number of ways in which social media comes into divorce, from people citing their spouses posting habits as one of the reasons for seeking a divorce, to looking online for evidence of infidelity. And it’s not just Facebook – other social media sites, programs and apps were mentioned in the study, including Twitter, Snapchat, Whatsapp and Skype. With our methods of communication becoming increasingly digitised, it’s no wonder that our online lives and our real world lives are bleeding into one another.

As with any contributing factor in a divorce, social media is not entirely to blame – it’s more how we use it, and the fact that there are now digital breadcrumbs for concerned spouses to follow that did not exist before the rise of the internet. While communicating well with a partner is a key component of a strong marriage, it would seem that this communication is best done offline.

Jo Wood evicts her brother from home she won in divorce
This site uses cookies. Find out more. Continued use of this site is deemed as consent.   CLOSE ✖