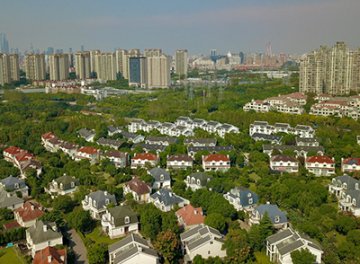 Couples in Shanghai have been scrambling to divorce this week, but not because of an epidemic of marital discord. Many couples are untying the knot in order to cash in on the city’s strong property market—before it’s too late.

Currently in Shanghai, first-time homebuyers must pay a 30 percent down payment while people investing in a second property have to pay a whopping 70 percent up front. The policy hoped to curb the city’s rising home prices. On average, a home costs around 40,000 yuan (£4,500) per square metre.

Couples may take advantage of this rule by divorcing, registering their home under one ex and then buying a new property under the other’s name, thus paying only 30 percent down payment for a second property. These divorcees have been known to remarry after the purchase.

Rumours spread last week that the Shanghai government would shut the loophole by insisting that divorcees pay higher down payment rates until a year after their separation. Local officials attempted to quash the rumours, but couples flooded the district office with divorce filings nevertheless.

The Xuhui district office was overwhelmed with divorce requests and posted a sign asking couples to return another day.

The Wall Street Journal spoke to several couples waiting in line for a divorce. One noted that divorce was the only way that they could afford to buy a home big enough for their baby on the way. A staff member told the expectant mother that her pregnancy might complicate divorce proceedings. “We don’t have any other way out,” she lamented.

Meanwhile, Forbes reports that the sale of homes in Shanghai has nearly doubled this week, jumping from 1,173 units per day last week to over 2,000 on Tuesday.

Many Shanghai residents prefer to invest in property, which is currently more reliable than the stock market. Home prices in July were 27 percent higher than last year, while the stock market’s value dropped by a third that same month.

Husband seeks deviation from sharing principle, claims wealth is pre-marital
This site uses cookies. Find out more. Continued use of this site is deemed as consent.   CLOSE ✖