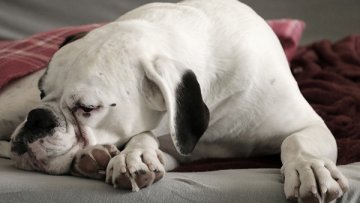 Whilst walking through the corridors of the Principal Registry of the Family Division, I have been surprised at the number of negotiations I have overheard regarding the family dog.

A recent survey by The Pet Owners Association found that 20% of all separation proceedings that involve custody of a pet have resulted in contested divorces; with a further 10% of couples seeking the help of professional mediators to reach an out of court agreement about their pets.

The law of England and Wales regards pets as chattels in a divorce settlement, to be allocated in the same manner as a wide screen TV or a vase. Where a family pet has a significant financial value, as can be the case with a pedigree dog, the court may allot a monetary amount to the dog in the division of the family’s assets. The animal’s value could be set off against another valuable chattel to be divided in the divorce proceedings.

However, the court often gets asked to make orders relating to family pets based on arguments such as who has traditionally cared for the animal and who can objectively argue the greater bond with the animal. An example of this would be the case of RK v RK 2011, where the wife asked the court to make an order regarding the ownership of one of the family’s dogs; she was unsuccessful, with the judge making no order in relation to the dogs.

It is important to remember that a judge may not want to get involved with issues relating to ‘belongings’, which is what a dog will be considered to be in the context of a divorce. A judge may feel that the focus should be on finances, or the arrangements for the children which may result in the court not making time available to hear evidence about the various housing options for the dog. Parties could therefore be looking at large bills and months of delay while waiting to get in front of a judge to resolve the matter of who gets to keep Fido permanently.

Alternative methods to reach a resolution on canine custody could be explored. These include: collaborative law, with face to face meetings between the parties, as opposed to expensive correspondence between lawyers; mediation sessions, with an impartial employed mediator who is there to move discussions on at difficult points; or, if agreement between the parties cannot be reached, arbitration, where a third party arbitrator can allot an appropriate amount of time to the question of Fido’s custody and then make a decision that legally binds the parties. An arbitrator can in most circumstances make a decision more quickly and in a more cost-effective manner than a court could.

The law of England and Wales has yet to catch up with the position in some US states where judges have considered the animal’s best interests in deciding ‘custody’ disputes, with owners often opting to have long-standing contact agreements so that both parties can maintain a relationship with their treasured Fido.

Religious marriage and divorce: Judaism
This site uses cookies. Find out more. Continued use of this site is deemed as consent.   CLOSE ✖