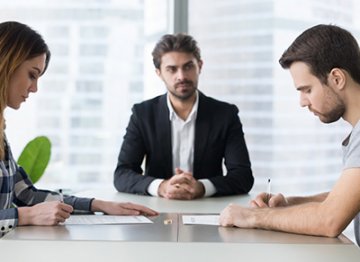 Today marks the commencement of a new parliamentary session here in the UK, which has promised to bring a second reading of the No-Fault Divorce bill in the House of Commons. If passed into law, the bill would remove the need for parting couples to assign blame to one another when divorcing, a move welcomed by both family law experts and the public at large, according to a survey commissioned by Vardags last December.

Across the channel, however, French law already allows spouses to dissolve their marriages without having to resort to recriminations -via divorce par consentement mutuel, or ‘divorce by mutual consent’. Providing both spouses “consent to the divorce and reach an agreement on all relevant issues (including division of assets and childcare)…no further reasons need be given”.

At present, an agreement signed by both parties still needs to be approved by a judge before the divorce by mutual consent can be finalised. However, the Associated Press reports that this is something the French government are planning to change, as part of an attempt to “modernize the country’s justice system”.

This would certainly help free up the courts, with Justice Minister Jean-Jacques Urvoas stating that judges should “focus on the litigious divorce cases”. Should the bill pass, each spouse would still require a lawyer, with the process costing “about 50 euros” at the notary office.

The notion of granting divorces without the involvement of a judge has cropped up in the UK parliamentary debate on no-fault divorce, with President of the Family Division, Sir James Munby “stating that it was time to consider removing the need for a judge to oversee ‘divorce by consent’”.

Conversely, Richard Bacon MP argued that, due to the fact that marriage is “a contract”, the courts should still be required to take on “some supervisory role”.

This echoes concerns made by opponents of the French bill, who in particular emphasise the need for judicial intervention when it comes to protecting the rights of children and ensuring that their best interests are kept intact during the decision-making process.

With no date yet set for the second reading of the No Fault Divorce bill, it looks unlikely that the UK will see judgeless divorces any time soon. As for France, time will tell.

Read more about the divorce process in the UK here.

How can I pay my lawyers?

The fate of Prince’s estate: a cautionary tale about dying intestate
This site uses cookies. Find out more. Continued use of this site is deemed as consent.   CLOSE ✖