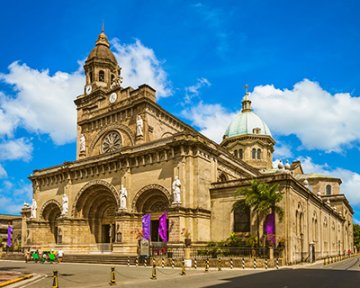 Last Wednesday, women’s rights advocates Gabriela Women’s party refiled a bill calling for the legalisation of divorce in the Philippines.

Gabriela, which describes itself as a “sectoral party dedicated to promoting the rights of Filipino women through participation in the country’s electoral system and organs of governance”, first filed House Bill No. 2380 in 2005. It failed to pass then, and on three attempts since. However, with the election of President Rodrigo Duterte last May, proponents of the bill are “hopeful” that the country’s 17th Congress “will be kinder to the passage of the bill”.

A brief history of divorce in the Philippines

Divorce has not always been illegal in Philippines. The Spanish Colonisers, who first arrived at the archipelago in 1521, implemented Las Siete Partidas, which permitted divorce under a limited set of circumstances. As Deogracias T. Reyes details in his History of Divorce Legislation in the Philippines since 1900, a “relative divorce” could be granted under the following grounds:

“1. The desire of one of the spouses to enter a religious order, provided that the other granted permission to do so; 2. Adultery committed by either; or 3. The fact that either had become a heretic.”

However, Reyes stresses that what this legislation permitted was more akin to a legal separation, and a marriage would not be considered dissolved via this process. It wasn’t until 1917 that the Philippines, which was now under American rule, allowed absolute divorce, albeit on the grounds of adultery. Yet this Act was repealed in 1949 and replaced with the Civil Code, which replaced divorce with legal separation.

I have previously outlined the ways in which legal separation can differ from divorce, but the most notable difference is that it does not allow former couples to remarry. Aside from in the case of Islamic marriages, this leaves secular annulment as the only legal route to truly ending a marriage for most Filipinos, although as this New York Times piece points out, an annulment is ” nearly impossible to obtain and very expensive.”

Contemporary attitudes towards divorce in the Philippines

Approximately 81% of Filipinos identify as Catholic, and the Church continues not to recognise civil divorces. That said, research suggests that support for the legalisation of divorce “for irreconcilably separated couples” is growing, with a majority of 60% supporting divorce in 2014, up from 50% in 2011 and 44% in 2005.

Gabriela Women’s Party cite domestic violence as a particularly compelling justification for divorce. Group representative Emmi De Jesus stated “A marriage can only be considered sacred when there is no violence and abuse.” In its latest form, their bill lays out five grounds for divorce. This includes redefining “psychological incapacity”from a ground for legal separation to a ground for divorce. In addition, the bill supports divorce when:

The group argues that the bill “takes into consideration the rudiments of Filipino culture and the general sentiment of preserving the sanctity of Filipino marriages which is why the measure provides that divorce is granted only when certain conditions are met.”

Unfortunately for advocates of legal divorce, Deputy Speaker Romero Quimbo of Marikina argued that the Philippines is not yet “ready to tackle absolute divorce where people can separate simply by their own wishes.” He suggested that the law should first be amended “to aid those in marriages who are imprisoned in abusive relationships”.

Whilst divorce has of course been legal in some form or another for hundreds of years in the UK, it’s interesting to note the parallels between Quimbo’s reluctance to permit divorce in certain circustances and the recent debate surrounding the proposed introduction of no-fault divorce into English law. It appears that, in both cases, public opinion has evolved beyond where the law has stalled.

Minneapolis newspaper in court bid to unseal Prince’s divorce papers
This site uses cookies. Find out more. Continued use of this site is deemed as consent.   CLOSE ✖