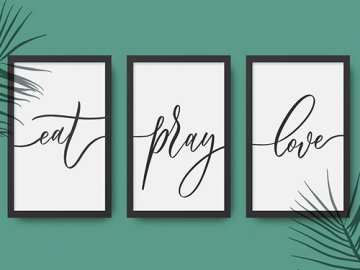 ’Happy families are all alike; every unhappy family is unhappy in its own way’ – Anna Karenin

It is not difficult to imagine, reading Anna Karenin, how different the lives of Karenin, Vronsky, and Anna herself would have been had divorce been as easily obtainable as it is today. The fatal unhappiness in which Anna finds herself could have been avoided altogether.

The same can be said about the French equivalent, Madame Bovary. Although the French brought in divorce in 1792 as one of the more progressive outcomes of the Revolution, it became harder to obtain under Napoleon, and was abolished again altogether from 1816.

It was finally re-established after a long campaign by deputé Alfred Naquet in 1884, during the Third Republic. Madame Bovary was published in 1856, in the middle of this difficult time for women and marriage.

Over time, as divorce has grown more prevalent, and much more widely accepted, so has its appearance in literature. There are countless examples of books explicitly about divorce, from self-help to memoir. Any divorced or divorcing reader looking for a sympathetic voice can find myriad options with divorce in the title or subtitle. However, many of the past few years’ bestsellers, ranging from non-fiction to fiction, have been tales told through the lens of divorce without adopting it as its explicit focus.

Two non-fiction bestsellers of the last few years, Wild and Eat, Pray, Love, were even made into popular, award-winning films. Both candidly told the (true) stories of women going on journeys to get over their marriages and other tragedies.

Wild took author Cheryl Strayed on a somewhat harrowing but eye-opening hike along the Pacific Crest Trail, where she ’got to know herself’ and finally came to terms with the loss of her marriage – and her mother.

Eat, Pray, Love is a somewhat lighter look at Elizabeth Gilbert’s globetrotting, post-divorce path from Italy to India to Indonesia, wherein she uses different tactics to try to find peace with herself.

A notable fictional bestseller leaning heavily on divorce as a plot device was Donna Tartt’s latest novel The Goldfinch. In an interesting twist on the aforementioned books, we see this divorce mainly through the eyes of the child, Theo, whose experiences with both divorce and death in his childhood ultimately shape the rest of his life. Though not the first time Tartt has dealt fictionally with divorce – it plays around the edges of many characters’ backstories in her debut novel The Secret History – it is the first time it is a driving element of the plot. We might be tempted to recall Henry James’s 1897 What Maisie Knew, and its Flaubert-like free indirect speech, drifting seamlessly in and out of Maisie’s perspective.

In a similar, though older, example of a plot driven by divorce, Nora Ephron’s Heartburn (also made into a film starring Meryl Streep and Jack Nicholson) is the witty depiction of an affair that eventually causes a marriage to crumble. It ends with the protagonist’s uniquely satisfying way of telling her husband it is over: she throws a key lime pie in his face.

Any of these novels or works of literary non-fiction could be seen as a comfort, or at least a companion to the man or woman going through the experience of divorce.

This trend is not limited to the world of literature and arguably reached its apex with the 2019 film Marriage Story. Starring Scarlet Johansson and Adam Driver, the film follows a couple navigating their way through the divorce process as their initial desire to remain amicable slowly deteriorates. The film was both a commercial and critical success, with Laura Dern winning the Oscar for Best Supporting Actress, and the film receiving six Academy nominations overall.

Perhaps most interestingly, and illustrative, is how heavily the film’s writer and director, Noah Baumbach, drew on the experience of his own divorce to produce the eventual screenplay.

This process can serve as a succinct summation of this entire trend: as divorce becomes a greater part of our lives, it will naturally play a greater role in our art.

Always a bridesmaid, never a civil partner
This site uses cookies. Find out more. Continued use of this site is deemed as consent.   CLOSE ✖