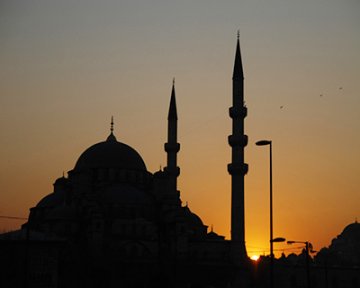 For the majority of the last 1000 years the UK has been a largely Christian nation and, to some degree or other, marriage has been interwoven with religion throughout its history. However as the UK becomes more of a multicultural society, other religions with their own marriage traditions are being introduced.

Islam is one of the six major world religions, second only in its number of followers to Christianity. According to the Muslim Council of Britain there were 2.71 million Muslims living in the UK as of 2011 and, we can assume, at least some of them marry and divorce. But what happens when different religions meet UK divorce law?

It’s important to note that this is an overview of the general principles of divorce in Islam. There are many different Islamic Schools of Thought and each has its own minutiae. The way a divorce in Islam occurs is for the husband, or a wakil (a legal representative) to utter the triple-talaq, a ‘formula of divorce’. This is an Arabic phrase that translates as “my wife is divorced”, or “the wife of my client is divorced”.

Under British law, divorce papers would still need to be filed, and decrees nisi and absolute obtained before the marriage was legally at an end. This can be problematic in an Islamic marriage, as Islam has what is known as irrevocable and revocable divorces. An irrevocable divorce is one that cannot be undone, whereas revocable divorces can be taken back and the couple considered married once again. As no such thing exists under British law many divorce proceedings need to be assessed on a case by case basis to ensure that the intended outcome is the one that is being worked towards.

One of the main ways that Islamic divorce differs from the legal definition of divorce in the UK is Iddah – a three-month waiting period imposed on women after the divorce has taken place during which she is not permitted to re-marry, unless it is to her ex-husband. This is a historical remnant that stemmed from a desire to know the parentage of any child a woman might have been carrying at the time of her divorce.

A number of the rules regarding divorce in Islam are to do with menstruation (known as haidh) or post-natal bleeding (known as nifas). If a man divorces his wife while she is in haidh or nifas, or if he does so and they have had sex since her last period, then the divorce is considered invalid. This, coupled with Iddah and the fact that only husbands are able to bring divorce proceedings, might give you the impression that Islamic divorce is biased in favour of men, but there is a way in which women can divorce their husbands. This is known as a khula’ divorce, and can take place when a woman gives her husband a Mahr, or payment, and he pronounces the formula of divorce.

Additionally, according to the Qur’an, women’s property should not be divided during a divorce. Whatever she has earned or been given before she is married, as well as during the marriage, remains her property after the divorce has taken place. Conversely, her husband’s property will be divided and she is entitled to support and maintenance from him.

Like Christianity, there are many different types of Islam, and people follow the exact letter of the Qur’an to varying degrees. Each couple’s cultural background can influence their divorce as much as their religion, and as with any divorce, the terms need to be tailored to fit the needs of each party.

An $11M memory lapse: Sugar tycoon forgets to sign own divorce agreement
This site uses cookies. Find out more. Continued use of this site is deemed as consent.   CLOSE ✖