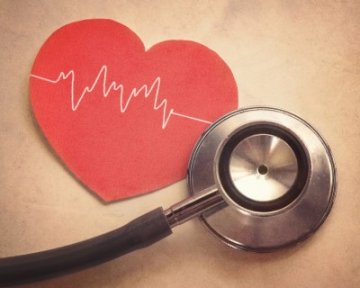 Actor Laurence Fox made headlines last week, as he spoke out about the physical and emotional toll wrought by his divorce from Billie Piper, his wife of eight years and the mother of his two sons. The Lewis star told the Sunday Mirror that he has suffered from insomnia and panic attacks since his split from Ms Piper back in March, claiming he has “not slept in six months”, and that the “trauma” of divorce had “derailed him”.

This admission stands in stark contrast to the trend of amicable A-list divorces, which rewrite the traditional narrative of divorce, shifting the focus away from failure and heartbreak. Instead, these parting couples focus on continued friendship and, where applicable, an ongoing commitment to harmoniously co-parenting their children.

Gwyneth Paltrow and Chris Martin are perhaps the most famous ambassadors of the amicable divorce, announcing their separation as a ‘conscious uncoupling’. The now-infamous term rejects the notion that longevity is no way to gauge the success, or lack thereof, of a relationship, and instead reframes divorce as an opportunity for personal growth.

Of course, reframing divorce thusly does not eliminate the heartache wrought by the end of a significant relationship. Furthermore, whilst Laurence Fox’s experience of divorce is certainly not representative of every divorcee, there’s no denying that such a life-changing event can have adverse effects on both body and mind. NHS Choices has even published tips for a stress-free divorce, explaining that divorce can “cause problems such as stress, anxiety, depression and panic attacks”.

A recent Daily Mail article cites a “growing swell of research” into so-called ‘Divorce Stress Syndrome’, which is not only associated with emotional distress, but physical symptoms such as eczema and muscle pain.

Yet research in this field is contentious. Last year, a study conducted by Duke University in North Carolina identified a correlation between divorce and cardiovascular health problems. Months later, however, research by three University of London constituent colleges found that individuals who divorced but later remarried had similar states of health to those who remained married. Furthermore, long-term cohabitees had “almost identical standards of health” to their married peers.

This suggests that although those in relationships tend to be healthier, marriage itself is not so relevant. It’s also worth taking into account how other stressful life events can impact health. A 2005 study by researchers at Pennsylvania State University tracked “unhappy marriages” over a 12 year period and, perhaps unsurprisingly discovered that “long-term, low-quality marriages have significant negative effects on overall well-being”, including health. The study also found that unhappily married people also “have lower levels of life satisfaction, self-esteem and overall health than individuals who divorce and remain unmarried”.

For those seeking to mitigate divorce-induced stress, the notion that leaving an unhappy marriage could actually be better for one’s health in the long-term is a comforting one.

Vardags director and seasoned divorce solicitor Georgina Hamblin has encouraging insights for those embarking on divorce who are struggling to see the light at the end of the tunnel:

“We see a huge change in people from the beginning of their proceedings to the end. In many cases it is a sense of liberation. We see many of our clients flourish as they grown in confidence and learn to stand on their own two feet, often for the very first time.”

Georgina advises that “family lawyers and clients alike need to work together to make divorce an altogether happier and healthier experience. It does not need to rip families apart and does not have to leave scars.”

Ayesha Vardag on whether sperm could be considered a marital asset

Don't let the divorce turn out worse than the marriage

Pope Francis endorses offering sacraments to divorced and remarried Catholics
This site uses cookies. Find out more. Continued use of this site is deemed as consent.   CLOSE ✖