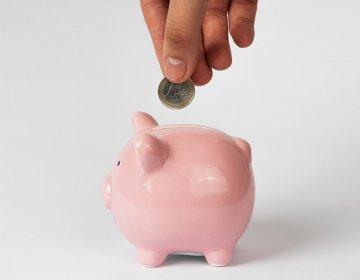 A private member’s bill, known as The Divorce (Financial Provision) Bill, introduced in the House of Lords by Baroness Deech in February 2014, passed its second reading in the House in July.

1. The law, as it stands, is uncertain and leaves parties without the right legal advice at the mercy of what their allocated judge thinks is fair on the day. Financial awards used to be calculated primarily on the basis of the parties’ ’needs’. Then ’equality’ between spouses became the keystone of a fair decision. Now arguments about ’sharing’ the fruits of joint endeavours; parties being compensated for their ’special contributions’; and ’adding back’ assets that have been spent recklessly, are raised more and more regularly. This has opened the door to even wider judicial discretion and left parties utterly dependent on their legal advisers to guide them through a complex process.

2. As the law is currently governed by legal precedents that have resulted from high net worth cases, given that these individuals are much better placed to fight their cases through the court system and the Court of Appeal, further specific statutory provision and guidance is needed to regulate how matrimonial wealth should be divided in order to provide greater access to justice for lower income families.

3. Legal aid has been abolished in relation to financial proceedings in divorce. This leaves those who cannot afford legal advice even more at the mercy of what their spouses offer to give them by way of a financial settlement in circumstances where they do not have established principles of family law to fall back on. The alternative, as is often the case, is that the cost of litigation will quickly exhaust the assets in the case or the difference between the parties in any negotiations.

It is hoped that the Bill will:

Having made its way through the House of Lords, the Bill will now proceed to the committee stage to be examined in greater detail.

While it is anticipated that it will take very many months, and probably years, for this bill to materialise into statute, family lawyers look forward to having the benefit of greater certainty in this central area of their practice.

However given the respect that has for many years been given to the experience and quality of England’s family judges, making London the divorce capital of the world, we expect that Parliament will ensure that a level of judicial discretion is preserved, to ensure that fairness may always be tailored to the specific facts of each case.

In finetuning this statute through the committee process, and then going on to develop a bank of case law regarding how this legislation should practically be applied to cases, family law is set to continue to be one of the most interesting areas of developing law in this country.