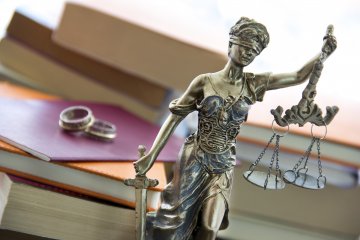 Divorce proceedings and any financial remedy proceedings are going to be ’de-linked’ and pursued separately in a move set to streamline the family court system nationwide and save weeks of delay.

Under the current system, if one of the party’s contests the other’s application for financial remedy, all of the divorce proceedings are transferred to a local court. The burden of all of the administration involved often causes delays.

As of next Monday the main divorce proceedings will now remain in one of the 11 specialist divorce centres set up in 2015, while any contested financial proceedings will then be sent on to local courts. The staff at the local courts will work independently on the litigation related to the finances with the timeline determined by the progress of the divorce. Consent applications will remain at the divorce centres.

Sir James Munby, President of the Family Division, and Kevin Sadler of the HM Courts & Tribunals Service announced the move in a letter penned to family judges last week, confirmed by a Courts and Tribunals Judiciary announcement published on Monday.

The changes have already been piloted in the South West Regional Divorce centre in Southampton with feedback which Sir James Munby described as "extremely positive".

Sir James Munby called for ’de-linking’ as well as other procedural and more substantive divorce reforms in his most recent presidential update. He emphasised that divorce proceedings which are generally administrative and straight-forward, should not be tied up with the sometimes very protracted litigation for the few divorcing couples with contested financial claims.

Family lawyers have welcomed the changes which are believed will improve the efficiency of the family courts.

Vardags Cambridge Launch Party
This site uses cookies. Find out more. Continued use of this site is deemed as consent.   CLOSE ✖