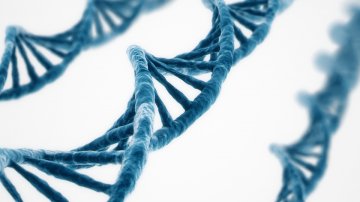 A new study has shown that proneness to divorce may not be governed, as we currently think, by nurture, but by nature. Through looking at adopted children, researchers of Virginia Commonwealth University and Lund University in Sweden have found that divorce could be encrypted in your genes.

Many studies have proved that children of divorced parents are more likely to go on to divorce themselves than children whose parents remained married. Until now, it has commonly been suggested that this is because children internalise and imitate their parents’ own behaviour in relationships, thereby falling at the same hurdles. These qualities tend to include a difficulty to commit and struggling to manage conflict. Marriage counsellors and therapists currently approach couples going through a relationship breakdown from the perspective that, growing up, these individuals learnt bad habits which can be reversed.

However, a paper titled ‘Genetics, the Rearing Environment and the Intergenerational Transmission of Divorce: a Swedish National Adoption Study’ to be published in the next edition of the journal Psychological Science demonstrates that divorce may in fact be hard coded. Dr Jessica Salvatore, assistant professor in the College of Humanities and Sciences at VCU and the principal author, had a simple question to answer: “why does divorce run in families?”. The research conducted by Virginia Commonwealth University and Lund University suggests that genetic factors are the primary reason behind divorce.

The academics analysed Swedish population registries and discovered that people who were adopted follow their biological parents and siblings’ histories of divorce, not their adoptive family:

Co-author Dr Kenneth Kendler, professor of psychiatry and molecular genetics at VCU commented that this is a “significant finding”, since although therapists have always approached divorce from a psychological perspective, “our results contradict that, suggesting that genetic factors are more important”.

If this study bears weight among marriage counsellors, a cognitive-behavioural approach will have to be taken to tackle relationship problems. This body of research suggests that it is the genetically transmitted behavioural traits which are responsible for marital breakdown so therapists will have to work to counteract or supplement people’s natural tendencies, for instance high levels of negativity and neurosis and low levels of constraint.

This recent research is the largest study to address genetic impact on divorce and the first to properly examine the biological factors. However, whether likelihood to divorce is based on psychological or genetic features, it still stands that people whose parents’ divorced are more likely to follow suit and so these marriages will continue to need more guidance and support.

Adoption proceedings in the moving case of A Local Authority v The Mother & Anor
This site uses cookies. Find out more. Continued use of this site is deemed as consent.   CLOSE ✖