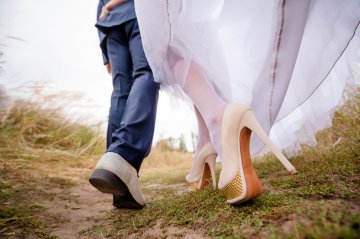 A major new UK study based on research from three institutions in the UK suggests that divorce presents no discernible long-term health problems.

The Institute of Education (IoE), the London School of Economics (LSE) and the London School of Hygiene and Tropical Medicine conducted their research by collecting data from more than 10,000 people born in the same week in 1958. The age of the participants is, importantly, a constant, something not true of the Duke study.

Each participant was then asked to detail his or her relationship status at particular ages – 23, 33, 42 and 46 – before having a physical medical examination.

The findings were exciting: those who divorced and remarried had similar states of health to those who remained married. Couples who married in their 20s or 30s, and were still together in their 40s, had ’almost identical standards of health’ as cohabitees.

Living alone is bad for you

However, the study suggests that completely single people – those who had no partner whatsoever – were most at risk of cardiovascular disease or respiratory problems. So it seems that living alone can, potentially, have a negative impact on health. If divorcees start a new relationship, however, they may be in a better position to regain or maintain good health.

Lead author Dr George Ploubidis said that the academics who conducted the research were a little surprised: "I think the results we found are very interesting. We expected that when you have a lot of transitions in life, you have worse health, but actually transitions such as separation and divorce do not have a long-term effect".

He also agreed with the idea that, while living alone may be detrimental to health, the state of being married is not necessarily important: "For those people who experience separation and divorce, it appears that as long as they begin another relationship, their health does not suffer in the long term".

So, it seems that relationship quality is key. A divorce – and maybe the prospect of either a single life or a new relationship – may be healthier than staying stuck in an unhappy relationship.

A 9 year-old's inspiring 'Broken Home Kid' story goes viral
This site uses cookies. Find out more. Continued use of this site is deemed as consent.   CLOSE ✖