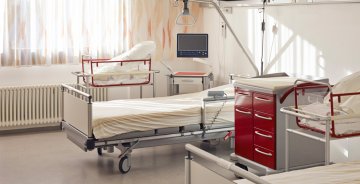 Divorce lawyers are no stranger to the idea of broken vows, given that they deal with them every day, even though for married couples they can often spell disaster. But it seems that wives are more prone to being on the receiving end of one broken vow in particular: ‘in sickness and in health’.

When it comes to the relationship between divorce and illness, research by Iowa State University, published in the Journal of Health and Social Behavior suggests that marriages are more likely to end in divorce if the wife is taken seriously ill. Indeed, the likelihood of divorce rises by six percent. Interestingly, there is no corresponding rise in divorce if the husband falls sick. The logical conclusion is that a wife is more likely to stick by an ailing husband than a husband is to care for his sickly wife.

The researchers followed the lives of 2,701 married couples, where at least one spouse was over the age of 51, looking at the effects of four serious illnesses on their relationships: cancer, heart disease, lung disease or stroke. Not surprisingly, in these cases, the likelihood of being widowed increased. But they might have been more surprised to discover the gender imbalance that occurs when either partner suffers from a serious illness and requires care from the other partner.

There’s no certainty that the illness was a causative factor in the increased divorce rate. The study leader, Amelia Karraker, suggested that the increase in divorce might be to do with the quality of caregiving by the husband. In other words, a husband with an ill wife may not instigate the divorce due to his inability or unwillingness to deal with the situation, rather the wife may initiate divorce proceedings because she feels she is not being properly cared for by her husband. Karraker said:

It could be that women are saying, ‘You’re doing a bad job of caring for me. I’m not happy with this,’ or ‘I wasn’t happy with the relationship to begin with, and I’d rather be alone than be in a bad marriage.’ She also noted that men are not socialised to be ‘carers’ in the same way that women are, so may find themselves placed under extra strain, or simply unsure of how to go about doing the work of being a carer.

Of course, chronic illness is likely to put a strain on any relationship. But, given the gendered nature of these findings, it’s the kind of information that might ring more alarm bells than wedding bells among women.

Vardags’ client Pauline Chai featured in The Sunday Times
This site uses cookies. Find out more. Continued use of this site is deemed as consent.   CLOSE ✖