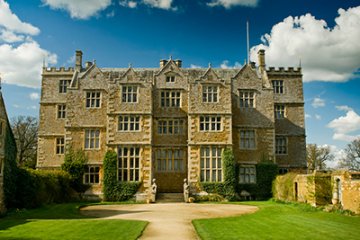 The preservation and division of inherited assets on divorce can often be of concern for wealthy families. This can be the case particularly when the inheritance involves sentimental items like as a country house or heirlooms.

Such a position was considered by the court in Y v Y EWHC 2063 (Fam). Prior to marriage the husband inherited a great deal of wealth, including a large estate and manor house. When the couple came to divorce, some twenty years after marriage, the estate had a net value of £22.9 million with the total wealth of the couple being £26.88 million.

The husband sought to ring-fence the assets he had inherited, in particular wanting to prevent the sale of the manor house and inherited antiques to fund any lump sum. The wife sought a lump sum award based on her reasonable needs and a fair share of the couple’s wealth.

The court held that the estate would be counted as non-matrimonial property and therefore treated differently from any assets earned during the marriage. The court also accepted that in theory the principle of ‘sharing’ the couple’s wealth can be applied to inherited assets. The court ruled that the wife’s monetary needs and right to sharing came to the same figure, and awarded her a lump sum of £8,738,000, or 32.5% of the total assets.

In examining how the inherited assets were to be shared, the court confirmed earlier law stating that inherited wealth didn’t have to be divided equally, “but its value and the lifestyle that it produced are relevant factors in the court’s consideration of fairness.” The court went on to say that when looking at how to divide inherited assets, the relevant factors are likely to include the nature and use of the assets, how long they had been ‘in the family’ and the extent to which they had been ‘mingled’ with money earned during the marriage. The more the married couple had treated their assets as part of the marital pot during the marriage, the more the court would view it in that way on divorce.

Importantly, the court also refused to respect the perceived sanctity of the family estate and heirlooms, making an order that would require the husband to release funds by selling both antiques and land.

The case shows that inherited wealth can be vulnerable to claims based on both needs and sharing and that the court will overcome any reluctance to split or sell assets if fairness demands it. It also highlights the different factors the court will look at when considering inherited wealth, in particular the way the property was used and valued during the course of the marriage.

It remains to be seen how such a case would be dealt with if a pre-nuptial agreement was in place, but it is likely that such agreements could play a key role in safeguarding family legacies in matrimonial proceedings.

Ayesha returns as a Legal Eagles guru on ITV
This site uses cookies. Find out more. Continued use of this site is deemed as consent.   CLOSE ✖