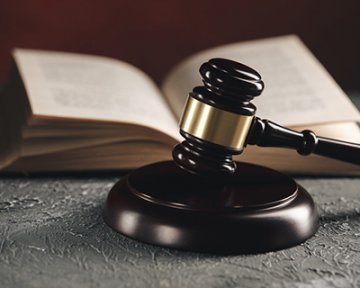 Last week, Oakland County judge Lisa Gorcyca was found guilty of misconduct by a special master appointed by the state Judicial Tenure Commission. Ms Gorcyca made international headlines in 2015, after she sent three children to a juvenile detention facility during a custody battle, because they refused to spend time with their father.

Ms Gorcyca had presided over a protracted custody dispute between the children’s parents, Omer Tsimhoni and his ex-wife Maya Eibschitz-Tsimhoni for over five years when she held the siblings in civil contempt, according to the Daily Mail.

As documented in the court transcript, the children, then aged 15, 10 and 9 were told by Ms Gorcyca that they would be be held at juvenile justice centre Children’s Village until they established a “normal, healthy relationship” with their estranged father, who they had thus far refused to communicate with.

Ms Gorcyca claimed that the children had been “brainwashed” by their mother, who had physical custody of them since 2011. She likened the eldest child’s conduct during proceedings to “Charlie Manson and that cult that he has”. The boy had refused to apologise to his father or build a relationship with him, claiming that he witnessed Mr Tsimhoni physically assaulting his mother.

The judge then branded the child a “defiant, contemptuous young man”, and pointed out that Mr Tsimhoni had never been convicted of assault, and did not have a personal protection order against him.

The Daily Mail states that although Ms Eibschitz-Tsimhoni had tried to get an order of protection against her ex-husband, she was unsuccessful due to a “lack of evidence”.

After reprimanding the eldest child, Ms Gorcyca spoke to the other two children and found that they too were unwilling to spend time with their father. She ruled that all three children could end up living in Children’s Village until they graduated high school and ordered that neither their mother nor maternal relatives should be permitted to visit the centre.

Following a swift media backlash, Ms Gorcya revised her initial decision to send the children to Children’s Village. The Tsimhoni children were due to partake in a controversial “parental reunification program”. As the Detroit Free Press highlights, proponents of such programs argue that it helps reunite families, but critics say it is “too often used to force children to interact with parents who may be abusive or neglectful.”

After spending a number of weeks at Children’s Village, the children were transported to a summer camp, where both parents would be allowed to visit “pursuant to to camp policy” and in the company of a “parenting time supervisor”.

In December 2015, the Michigan Judicial Tenure Commission filed a formal complaint against Ms Gorcyca which accused the judge of displaying an “improper demeanor” and making “significant misrepresentations of law and fact”, when she informed the children that they would be held in “jail cells” at Children’s village.

On 1 July 2016, the commission’s special master, Wayne County Circuit Judge Daniel Ryan, found Ms Gorcyca guilty of misconduct. The ruling stated that she had “failed to establish, maintain, enforce, and personally observe high standards of conduct so that the integrity and independence of the judiciary may be preserved.” Furthermore, she had neglected to take “personal responsibility for her own behavior”.

The findings will now go to the the full Judicial Tenure Commission, which then has the power to submit them to the Michigan Supreme Court, with a recommendation for discipline, should they decide to.

Mr Ryan concluded his ruling with the following reprimand:

“Contrary to the chilling impact Judge Gorcyca contends this case will have on judges across the state, this is not a case that stands for the proposition that judges cannot employ stern language or make difficult decisions from the bench in contentious cases. It is a disciplinary action which stands for the singular proposition that if a judge is going to use the inherent power of contempt, the ultimate ‘tool in the toolbox’ after years of ‘frustration,’ the judge may wish to consult the owner’s manual to make sure that she or he is using the tool properly before employing one of the 34 penultimate tools of inherent judicial power, a contempt finding, to deprive any individual, or children in this case, of their liberty.”

Ms Gorcyca’s attorney, Thomas Cranmer, expressed surprise and disappointment over the report, and has stated his intention to contest it at the commission and, potentially, the state Supreme Court.

Celebrating entrepreneurial excellence at The Sunday Times Virgin Fast Track 100 conference and awards dinner
This site uses cookies. Find out more. Continued use of this site is deemed as consent.   CLOSE ✖