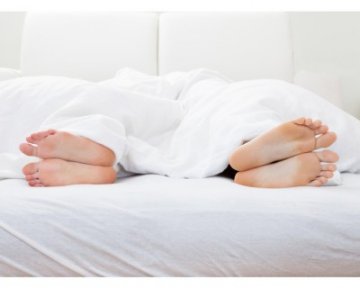 Denying sex to husband for a long time without any justification amounts to mental cruelty and is a ground for divorce, Delhi High Court said on Wednesday.

The court announced its verdict on a petition by a man seeking a divorce whose wife had not permitted him sexual relations in four and a half years. The high court granted him a decree of divorce pointing out that these allegations were never specifically challenged.

A bench of Justices Pradeep Nandrajog and Pratibha Rani said: “We are of the considered view that the husband has fully established that he was subjected to mental cruelty by the wife by denying sex to him for a long period despite living under the same roof, without any justification and though she was not suffering from any physical disability”.

In its judgement, the bench referred to the settled legal position that “denial of sex to a spouse itself amounts to causing mental cruelty”.

A similar judgement in Delhi High Court in 2012 upheld a lower court’s decision to grant divorce to a man who was refused sex by his wife on their wedding night. Justice Gambhir made headlines by taking cognizance of the wife’s decision to deny sex to the husband as an act of cruelty.

The high court admitted however, that sex had its limits as a parameter to measure marital success, acknowledging that the importance attached to it varies from couple to couple.

They touch upon an issue at the heart of marital law.

In current English law non-consummation is still a ground for annulment. An unconsummated marriage is not invalid by default but can become so if one of the spouses petitions court. This makes room for a grey area of legitimate unconsummated or sexless marriages.

Reformists have argued that sex is no longer a useful or appropriate basis for the legality of marriage in England and Wales. Historically marriage was the religiously and socially sanctioned provision for sex. However the legal and cultural consequences of sex outside of marriage have diminished. The legal definition of sex has also been broadly ridiculed for only referring to such a narrow, heterosexual idea of sexuality. It is also anathema to many for whom it is all too redolent of a long history of women’s compromised bodily autonomy.

With no legislative change in the pipelines, family law courts both in India and the UK will continue to pry into the marriage bed.

Cheaper weddings lower the risk of divorce, study finds
Offices are open or we can handle consultations remotely
BOOK CONSULTATION
Or call us on 020 7404 9390 Phone lines are open 24 hours
This site uses cookies. Find out more. Continued use of this site is deemed as consent.   CLOSE ✖