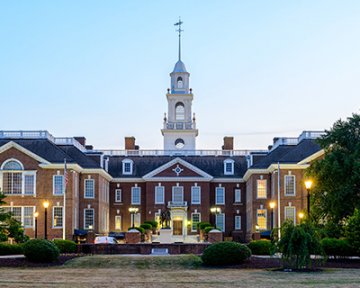 The Senate for the state of Delaware is due to vote on a bill this week to remove the terms ‘homosexuality’ and ‘lesbianism’ from the legislative definition of ‘misconduct’ as part of the grounds for divorce.

Delaware law defines misconduct as behaviour by a spouse that is destructive and unreasonable so that the other spouse, petitioning for a divorce, could not reasonably be expected to continue living with the respondent.

Within the category of ‘misconduct’ the Delaware legislation provides the examples of adultery, bigamy, criminal behaviour (that could result in imprisonment for a minimum of a year), and drink or drug addictions.

Using the ‘marital misconduct’ factor as the reason the marriage has irretrievably broken down, can be viewed both objectively and subjectively. However, whereas ‘adultery’ required some degree of evidence to be considered by the court, more general behavioural misconduct required less, so accusing a spouse of being a ‘homosexual’ or ‘lesbian’ was being used with derision or to upset their spouse. A disgruntled or unhappy spouse could simply accuse their partner of being a homosexual and would legally be entitled to end the union.

‘Adultery’ is not expressly defined as different-sex relationships, but was implied through case law. The fact that same-sex relationships were expressly mentioned as examples of ‘misconduct’ means a distinction was inevitably being drawn.

Delaware is therefore taking this opportunity to equalise the divorce process for same-sex and different-sex couples. Whether a spouse has an extra-marital affair with someone of the same-sex or different-sex should not allow for a difference in procedure and understanding of the judicial process. Similarly, there was no equivalent provision for heterosexual couples in the category of ‘misconduct’ unless their spouse actually had an affair.

The bill passed through the State’s House of Representatives with a 36-to-4 majority, and has now been passed to the Senate to vote on this Tuesday. House Bill 320 is being considered to be a house-cleaning measure, as the US State of Delaware legally recognised same-sex marriage in 2013, so efforts are being made to update related or linked laws to ensure equality across the board.

Update 12/10/16: The state Senate in Delaware gave final legislative approval to this bill in June 2016

Marriage, divorce and millennials: social media
This site uses cookies. Find out more. Continued use of this site is deemed as consent.   CLOSE ✖