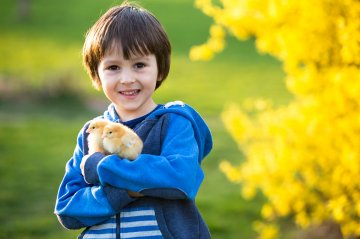 Following on from news of the ‘Family Test’ being unveiled, the Department for Work and Pensions has another trick up its sleeve. Subject to parliamentary approval, the Child Maintenance Service (CMS) and the Child Support Agency (CSA) plan to share information from the payment records of defaulting parents with credit reference agencies. This would begin in March 2015 should parliament grant its approval.

If a paying parent – or rather, a parent who is not paying but should be – has allowed arrears to build up, this could negatively affect their ability to get credit, increasing their chances of being refused loans, mortgages, credit cards and even mobile phone contracts. Even if the consequences are not so drastic, the parent could see a reduction in their credit limit or an increase in their interest rates in much the same way as if they had accrued any other debt.

It’s not quite as draconian as it sounds, however. In order for the credit reference agencies to be granted access to the information, a paying parent must have had a liability order made against them for non-payment of child maintenance. A liability order is used as a last resort and only issued after other means of extracting money from the parent have failed. Such orders are only applied in a minority of cases and an application must be made to a court for legal recognition of the debt. In the financial year between April 2013 and March 2014 some 12,410 liability orders were granted out of approximately 1.5 million cases handled by the CMS and the CSA.

Child Maintenance Minister Steve Webb said that he hoped the measures would be used rarely and would have a “deterrent effect.”

Gingerbread, the single parents’ charity has welcomed the proposals, with Chief Executive Fiona Weir stating: “Ensuring unpaid maintenance is chased up and collected is a vital part of the work of the CSA and Child Maintenance Service. More than a £1 billion is currently owed in unpaid child maintenance, and barely one in five of those who owe money for their children are currently paying it back.” This is the latest step in the positively protean world of child maintenance. The CSA began closing down its cases on 30th June 2014, and the replacement service, the CMS, has been operating ‘collection’ fees for maintenance payments when they have to act as an intermediary between parents as of 11th August 2014. There is a silver lining however. The flipside of this latest development is that parents who have a good record of making maintenance payments can request that their records be shared with credit reference agencies, thus potentially boosting their credit rating. To read more about child arrangements, click here

The Children and Families Act 2014: a pro-contact approach
This site uses cookies. Find out more. Continued use of this site is deemed as consent.   CLOSE ✖