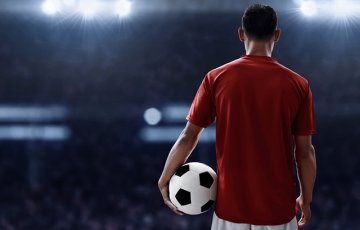 Stacey Giggs, former Manchester United and Wales footballer Ryan Giggs’ wife of nearly a decade, has today been granted decree nisi in the latest stage of their divorce proceedings.

The pair were long-term partners who already had two children together before tying the knot in 2007. Their marriage was certainly a tumultuous one. In 2011 it emerged that Giggs had engaged in a seven year affair with his brother’s wife, Natasha Lever, which allegedly resulted in a pregnancy. The same year, it was also revealed that he had enjoyed a six-month fling with model Imogen Thomas, despite Giggs having previously obtained a super-injunction in the High Court in order to prevent the relationship being made public. However, that didn’t stop thousands of Twitter users from naming Giggs as the mystery footballer alleged to have had an affair with Miss Thomas. The gagging order came to an end after MP John Hemming invoked his parliamentary privilege in the wake of the revelatory tweets.

Despite these extra-marital liaisons, Mr and Mrs Giggs did not separate until April 2016, their split reportedly catalysed by the husband’s alleged flirting with a waitress at the restaurant he owns.

Over a year later, sitting in the Central Family Court in High Holborn, District Judge Yvonne Gibson pronounced decree nisi in within a 43 second time-frame. It’s worth reiterating that while the press may report that the couple are now divorced, this will not be finalised until the decree nisi has been made absolute. The petitioner may only apply for a decree absolute after six weeks and one day has elapsed since decree nisi was granted. As it is common for financial settlements to be made in between the pronouncement of decree nisi and decree absolute, it could be significantly longer before the divorce is actually finalised.

At a preliminary hearing in the High Court, Mr Justice Cobb was told that Mr Giggs intends to argue that he made a ‘special contribution’ to the marriage, thus entitling him to the lion’s share of the matrimonial wealth. As Vardags Senior Associate Naomi Rainey explains in the MailOnline, under English and Welsh family law:

‘Marriage is seen as a partnership and as such, the court takes an equal division of assets as a starting point. Therefore, where the matrimonial assets outstrip both parties reasonable needs, a 50/50 division of the assets accumulated during the marriage will be the Court’s starting point.

However if it is successfully argued that the contribution of one party is so exception so as to eclipse that of the other, the 50/50 starting point may be departed from. Whether a party has made a ’special’ contribution has been a central consideration in a number of high profile divorce cases in recent years. Should Giggs succesfully argue that his prowess on the pitch amounts to a special contribution, he would be the first sportsman to do so’

Lawyers of Mrs Giggs have communicated her wish for the divorce to proceed privately. Cobb J has already placed restrictions in what the media can report on the case, following an application by Mr Giggs. This includes a ban on the publication of private financial information that emerges during litigation. However, in words that call to mind the super-injunction media storm, the judge cautioned that the publication of information already in the public domain “cannot legitimately be restrained by order”.
“Ayesha Vardag - Britain’s top divorce lawyer.”

Duterte ally proposes bills for the dissolution of marriage and same-sex unions in the Philippines
This site uses cookies. Find out more. Continued use of this site is deemed as consent.   CLOSE ✖