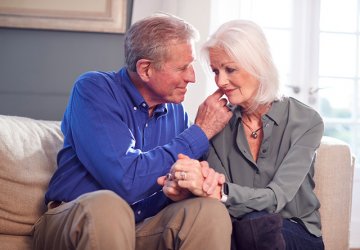 Man Booker Prize nominee David Nicholls has suggested the future of the genre lies in stories about ’silver splitter’ divorces, a concept that has become a popular media topic ever since the Office for National Statistics published news of a rise in divorce among the over 60s population in 2013.

Nicholls made the comments while sitting on a panel of writers discussing romantic fiction as part of the Emirates Airline Festival of Literature in Dubai. His co-panellists, Adele Parks, Liz Fenwick and Deborah Rodriguez, were apparently in agreement on the subject.

While rom-coms in the 1990s were full of the travails of single 30-something women, this has now given way to other concerns. The subject of love and loss for a more mature generation looks likely to overtake it, as a reflection of what Nicholls described as a “huge cultural change”.

Of course, times have changed since the era of Bridget Jones, where a fear of a perpetual single female life seemed all-encompassing. Now, in the age of dating apps Tinder and Happen, which have revolutionised the way we approach finding relationships, this is not so much a reflection of the zeitgeist anymore.

Nicholls told the panel that he thought it had shifted: "Difficult families, unconventional families, families that don’t live in the traditional two-parents-three-kids way; those stories are going to become more common. Fifty isn’t as old as it once was, for men and women".

He also thought that divorce had lost its stigma, a reason that is often given for the rise in later life separations: "When I was a kid, I didn’t know anyone whose parents were divorced. It was huge taboo. And now I’m sure that’s changing".

There are certainly indications that Nicholls may be right, and it is not just limited to the world of books. Over the last few years, films by directors like Nancy Meyers – a veteran of the more grown-up style of rom-coms such as Something’s Gotta Give with Diane Keaton and Jack Nicholson, and It’s Complicated with Meryl Streep and Alec Baldwin – have explored relationship dramas in later life. More recently, Dustin Hoffman’s directorial debut Quartet dealt optimistically with the rekindling of old relationships in a retirement home.

David Nicholls’ own literary efforts demonstrate his interest in this area. His hugely successful novel One Day followed a couple from university into middle age, refusing to shy away from topics such as divorce or single parenthood while maintaining its status as a romantic comedy. He later adapted his own book into a Hollywood film. At the literary festival in Dubai, Nicholls described his new novel Us as a ’divorce comedy’.

Mass civil weddings for Filipino couples in Dubai
This site uses cookies. Find out more. Continued use of this site is deemed as consent.   CLOSE ✖