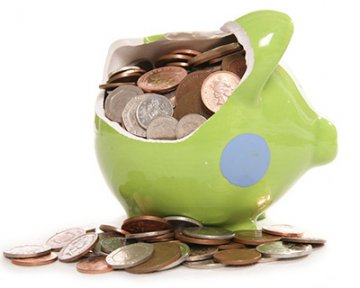 A woman who challenged the validity of her late father’s estate has been ordered by the Chancery Division of the High Court to pay costs of £65,000 for failing to bring a formal challenge and causing the other parties to incur significant costs. Kenneth Jordan, a wealthy businessman, executed a will in 2012 that left his fortune to his partner Bernice Elliott. His daughter, Ruth Simmons subsequently brought a claim under s.2 Inheritance (Provision for Family and Dependents) Act 1975, challenging the validity of the will. She argued that her father had lacked mental capacity when he gave instructions to his solicitor and signed the will, and that Ms Elliott had exhibited undue influence upon him. Ms Simmons delayed the executor Alan Tulip getting probate granted and continuously disrupted the process by challenging the will without making a formal challenge to the courts. Mr Tulip started probate proceedings in late 2014. Insisting that the will’s validity be proven by the executor and Ms Elliott, Ms Simmons demanded the opportunity to cross-examine witnesses. Among these was the deceased’s lawyer Mr Mumford who she claimed had not been able to provide sufficient attendance notes of her father’s original instructions. However, Edward Murray, sitting as a Deputy Judge of the Chancery Division, considered that the will was valid. Although Mr Mumford’s attendance notes in this case were “regrettably” not very detailed, there were no sound reasons for calling him for cross-examination: “in my view nothing of significance emerged from cross-examination.” Ms Simmon’s argued that, “there was no apparent reason why Mr Jordan should have wished to extinguish the legacy in favour of Ms Simmons” the judge concluded that “that was, however, a matter for Mr Jordan.” Judge Murray ruled that there was no evidence to suggest invalidity: “none of the individual arguments raises a reasonable ground on which to oppose the will.” Usually such claims under the Inheritance Act do not warrant cost orders. However, the judge considered the conduct of the parties, and that the defendant had no reasonable grounds for challenging the will. By failing to make a formal challenge, all parties involved had incurred significant costs. Judge Murray ordered Ms Simmons to pay the partner’s legal costs of £65,000.
“Ayesha Vardag - Britain’s top divorce lawyer.”

The fate of Prince’s estate: a cautionary tale about dying intestate
This site uses cookies. Find out more. Continued use of this site is deemed as consent.   CLOSE ✖