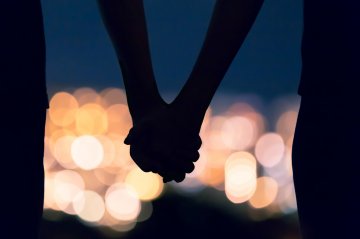 Last month we read with interest that Norway had dispelled the myth that the secret to a long-lasting and caring relationship is mutual appreciation, friendship and an equal division of family and household chores. Instead, the Norwegian government is promoting date nights to cure the rising divorce rate in the country, which has recently hit around 40 percent of all marriages with those aged between 40 and 44 being most likely to divorce.

In fact, Solveig Horne, the new Minister for Children, Equality and Social Inclusion went one step further, and, drawing on her own experiences, has announced that married couples should be encouraged to make time for a date night once a week to help prevent rising divorce rates. According to the Guardian, Horne has said that: “It is important to find small pockets of time where parents can be lovers” and this should be done on a weekly basis.

If you are reading this and thinking that it all sounds like a movie, you would be right. Horne has said that she was inspired to make the suggestion after seeing the Steve Carell film Date Night. In fact, this is not a new idea and conservative America groups such as the National Marriage Project have been pioneering the idea of a date night since 1997. The National Marriage Project’s Date Night Opportunity claims that married men and women who have “couple time” at least once per week were 3.5 times more likely to report being very happy in their marriages than those who struggled to spend time together.

Clearly, husbands and wives who make time for each other and, moreover, actually enjoy spending that time together, are less likely to divorce. Furthermore, given the legal aid cuts in effect since 1 April 2013 which have resulted in fewer people being able to secure funding for divorce, child contact or residence disputes, perhaps the Norwegian and American focus on “Date Nights” for married couples should not be dismissed out of hand. Perhaps it could even prove to be an effective tool for lowering our divorce rate in England and Wales from its current high of 42 percent.

Vardags’ client Pauline Chai featured in The Sunday Times
This site uses cookies. Find out more. Continued use of this site is deemed as consent.   CLOSE ✖