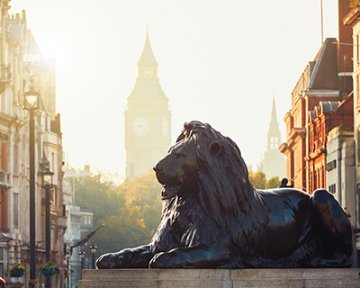 Two years ago, cuts to legal aid resulted in the removal of legal aid in divorces unless one of the parties had been the victim of domestic violence.

Some MPs have not taken a favourable view of statistics released by the Ministry of Justice showing that the number of non-molestation orders issued by the courts to protect people from harassment, intimidation or violence has increased by 21 percent, from 4,925 to 6,101 between 2012 and 2014 in England and Wales.

In the Midlands, there has been a 92 percent increase in non-molestation orders over the past two years. Tory MP Andrew Bridgen stated: “it is obvious that making domestic abuse the gateway for legal aid has caused an explosion in the number of allegations of domestic abuse, many of which may be baseless and made simply to secure legal aid.”

How easy is it to get funding for legal aid as a victim of domestic violence?

The assumption that the rise in allegations of domestic violence is directly related to trying to secure legal aid funding implies that all you have to do is scream "domestic violence" and the legal aid is provided. The reality is rather different.

The impact on true victims of domestic violence

David Emmerson, co-chair of Resolution, told the Guardian that: “We’ve even heard of people being subjected to the horrendous experience of facing the courts without legal support, only to be cross-examined directly by their abuser. Surely the government did not intend this situation, which amounts to a perpetuation of abuse, as a consequence of the legal aid cuts.”

The Court of Appeal has been told that victims of domestic violence are not getting the requisite support. Campaign group, Rights of Women (ROW) have argued that the restrictions affecting family law cases are unlawful. We will report back on the Court of Appeal’s judgment once it is released.

A warning to those considering making false allegations

In children matters, there is a risk that the accused will have restrictions placed upon their time with their children including measures like supervised contact. In divorce and financial proceedings, it is worth noting that the accused does not qualify for legal aid. Defending false allegations of domestic violence are likely to increase hostility between the parties and make a swift resolution of the case unlikely. The effect of this will be that the costs will eat into the assets.

The last thing victims need to worry about is the suspicion that they are lying with the sole intention of securing legal aid.

When the statistics of reported incidents of domestic violence increase for the right reasons, this should be celebrated not tarred with the brush of deceit and desperation for legal aid funding.

No such thing as a 'common law spouse'
This site uses cookies. Find out more. Continued use of this site is deemed as consent.   CLOSE ✖