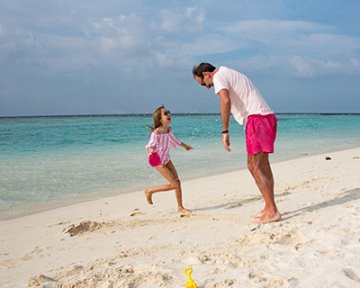 The New Fathers 4 Justice group have launched their latest direct action protest and ended up being hauled off the roof of Buckingham Palace. This is only the latest in a long line of similar protests.

If you’ve ever come across this group, or a ‘men’s rights activist’, or a member of MGTOW (that’s Men Going Their Own Way, for the uninitiated), you’ve probably heard this argument: men are the ones at a disadvantage in today’s society because if they split up with their female partner, it will be the female partner who will inevitably be given custody of the children. But how much of this argument is true?

On the surface, it’s easy to agree. However, when you look at the statistics, a different picture emerges. A study conducted by The National Council for One Parent Families in 2008 discovered that in 44% of cases, children of separated parents split their time equally between both parents, and in only 22% of cases does one parent have no contact at all with their children.

This was followed more recently by research from the Universities of Warwick and Reading, published this summer, which reviewed 200 child arrangement cases from a six-month period in 2011 and found that the majority of fathers’ contact applications were “overwhelmingly successful”.

What these statistics don’t take into account, though, is whether or not this is a satisfactory outcome for the parents. Many arrangements for children are decided outside of the court. What this tells us is that parents are capable of reaching a satisfactory decision on their own. In the light of this, fears that a female partner might steal away children seem rather unfounded, but there are times when parents can’t reach an amicable agreement. So what happens in those cases? Does the law really favour mothers over fathers?

The 1989 Children Act states that when the court makes any decision about a child, the child’s welfare must be the court’s ‘paramount consideration’. This is known as the paramountcy principle. Some of the key factors the court considers are the child’s wishes and feelings, their physical, emotional and educational needs, and the likely effect a chance of circumstances might have on the child. Many studies have shown that no matter how you slice it, women are more likely to be the primary caregiver, and with that in mind, it’s not surprising that mothers are more likely to be granted residency.

However, this is not to say that courts order men to be cut out of their children’s life completely. It hardly seems that this would be taking care of a child’s emotional needs, if they have a good relationship with their father. But even if they don’t, and the father may pose a threat to the mother or to the child, there is always the option of supervised contact.

And there are other options, even in extreme circumstances. Earlier this year, the Daily Mail published an outraged article about the case of Natalie Allman, a domestic violence victim who was ordered by a court to send her abusive husband updates about the children while he was in jail so that he would not be shut out of their lives. It’s important to look beneath the tabloid spin on this case, of course, but what it does show is that courts are willing to consider ways in which even potentially dangerous men can remain part of their children’s lives.

In light of this, it seems hard to argue that the law itself favours mothers over fathers. That said, it would appear that our society does. There are many factors at play here, but when we reach a point where mothers and fathers take equal responsibility for childcare, in the rare cases that these decisions go to court, we’ll likely find a more even outcome.

Love lessons from Scottish history: Mary, Queen of Scots
This site uses cookies. Find out more. Continued use of this site is deemed as consent.   CLOSE ✖