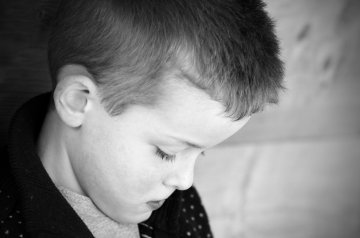 The process of determining which parent a child will live with after a divorce causes great emotional distress for many parents – whether or not they are the parent who ultimately succeeds with their plea – and is a decision that judges will make carefully.

There is a common feeling among many fathers that the family courts’ interpretation of a ‘child’s best interests’ is often weighted towards the mother.

The recent media frenzy concerning the flight of Rebecca Minnock with her son Ethan has only fanned the flames of that unrest. Stephen Wildblood QC criticised her actions in court, accusing her of orchestrating a “publicity stunt” that could serve to deny Ethan’s father justice.

Then an American ‘men-only’ divorce law firm jumped on the bandwagon. Representatives of the firm have been interviewed this week regarding the Minnock saga, using it to demonstrate how they feel society reacts to men and women differently on divorce. According to them, she has been portrayed as ‘just a mother desperate to stay with her son’, in other words the hero of the story. A father in the same position would be cast as the villain, the ‘kidnapper’. That Ms Minnock felt ‘let down by the system’, should rather be construed, they argued, as evidence that the system favours and protects women to the detriment of the fathers.

If we agree with this narrative, it may seem that society is slow to turn to the idea that men can be the primary parent, be the caring and sensitive role model, rather than have the value of their contribution to the family directly correlate with their bank account.

However, the firm’s belief that society’s sluggishness to accept varied gender roles is daily reflected by judges, lawyers and the judicial system fails to stand up when scrutinised.

Firstly, there’s the new research conducted by the Universities of Warwick and Reading that suggests that the family courts are not biased against fathers at all, that in fact fathers’ applications on child arrangements are ’overwhelmingly successful’.

Then there are the facts of Ms Minnock’s case. She ran away with her son precisely because the court had favoured the father over her as the primary carer. In jailing the grandparents for contempt of court, the courts were treating the situation with the utmost seriousness. The courts made their initial decision in view of all the facts.

When it comes to the financial matters of divorce, all clients should feel that their settlement achieves their best interests. But when it comes to the children of divorce, the courts are not focused on the gender of the parent. It is the interests of the children that should be at the forefront of parent’s minds. Legislation, case law, and Procedure Rules provide the same guidance and process to all parents. Every case will turn on its facts and one parent will, unfortunately, always feel aggrieved.

Men may hire a men-only divorce solicitor because they want to feel that ’their interests and the interests of their children are aggressively championed’.

I cannot help but wonder, however, if such a business mandate does more to precipitate this belief in inequality than it does to alleviate social beliefs that there is an absence of judicial progress.

How the super-rich really hide their assets during messy divorces
This site uses cookies. Find out more. Continued use of this site is deemed as consent.   CLOSE ✖