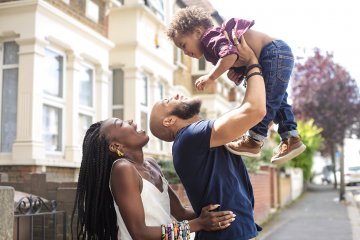 Common law marriage – the idea that a couple can obtain marital rights by living together without a formal ceremony – is a pervasive and dangerous myth in England and Wales. People who cohabit do not have the same rights as married couples and their assets will be governed by ordinary property law, which can be both complex and uncaring, leaving the financially weaker party with no support should the relationship breakdown.

English legal history has, however, recognised a handful of common law marriages in obscure and unusual circumstances. This is not a discrepancy, but rather a reflection of an old principle of English common law following subjects of the crown across the whole world. Thus whilst any marriage entered into in England is subject to the requirements of the Marriage Act 1949 and must be problem solemnised and certified, the English courts can accept as valid an informal marriage provided that it occurs in a place where English common law prevails, where local law does not apply or cannot be complied with, or the local law does not invalidate such a marriage.

This does not mean that, as in some countries, the English courts will accept that a couple who cohabit become married “by habit and repute”. Since the 18th century, English law has required marriages to be conducted formally (either by a clergyman, or, more recently, civil celebrants), but that the court can recognise even the most informal of foreign ceremonies in some situations.

The person who wants to take advantage of common law marriage may find that such situation is hard to engineer. The case law shows that English common law will prevail on a deserted island where British subjects were castaway (Advocate-General of Bengal v Ranee Surnomoye Dossee 1863 9 Moo Ind App 387), a ship of war upon the open seas (Culling v Culling p116), and amongst an organised band of escaped prisoners of war (Kochanski v Kochanska P. 147). None of these seems likely to occur in the average lifetime.

Even where forced in to such a situation, the law stands that a ceremony of some kind will be needed. It may need to be solemnised before a minister in holy orders (Latour v Teesdale 1816 8 Taunt 830), though the case law is uncertain. It is clear that, like a formal marriage, both parties will need to have capacity to marry and will have to give their oral assent to a legal union (Taczanowska (otherwise Roth) v Tazczanowski P 301).

Common law marriage will not, therefore, step in to protect a mere cohabitant, but can apply in certain circumstances to allow an informal ceremony to legally bind the couple. The difference can prove key, as even a void marriage entitles a spouse to financial support where a cohabitant would have no claim. In this, equity fulfils its traditional maxim of perfecting a process which did not absolutely follow the prescribed rules. The common law cannot be relied on to create a new entitlement between couples who have cohabited, no matter how long, or in what circumstances, they have lived together.

For those who wish to rely on common law marriage, a solution may come from being stranded, escaping capture or taking up residency in an obscure colony and conducting a ceremony there. If such escapades are too difficult, the only way to add legal certainty to your relationship is to enter into a formal marriage, or else enter into a binding cohabitation agreement.

To read more about the myth of common law marriage, click here

Ayesha Vardag comments on new types of prenups in the wake of Radmacher victory
This site uses cookies. Find out more. Continued use of this site is deemed as consent.   CLOSE ✖