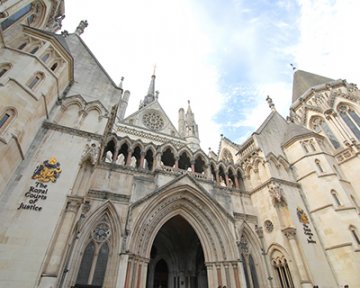 Vardags’ involvement in the case of Young v Young, and in the imprisonment of Mr Young for failing to comply with a Court order that required him to provide financial disclosure to our client, his wife, has been much reported.

In addition to this, there have also been a number of recent cases that have demonstrated a clear shift in the willingness of the family court to crack down on breaches of family orders. This trend looks set to continue following Sir James Munby’s comments in his seventh ’View from the President’s Chambers’ where he said that attitudes to orders made by the family courts were ’slapdash, lackadaisical and on occasions almost contumelious’. He went on to say in his judgment in the recent cases of Re W (A Child), Re H (Children) EWCA Civ1177 that ’non-compliance with orders should be expected to have and will usually have a consequence’.

Two other recent cases have also demonstrated this development. In Ball v Shepstone EWCC 7 (Fam) a father was found to be in contempt of court, for failing to file his Forms E in accordance with the terms of a court order. He was due to file the Form E on 12th August 2013 but failed to do so. He was subsequently served with committal proceedings on 16th September 2013. At a hearing on 3rd October 2013, he was found guilty of contempt, sentenced to 14 days in prison, and ordered to pay the wife’s costs. This is a significant shift in family proceedings, where such sentencing had been exceptionally rare and occurred only in the most severe of cases, as with Mr Young, and over a much longer period of time.

In Re Davies EWHC 3294 a mother had removed a child from the jurisdiction. Her parents and sister were ordered to provide information as to their whereabouts. Mr Justice Keehan found that each of them had lied to the Court, and found them in contempt, sentencing them to 12 days in prison each. It was noted that this was far less than the months in prison they would almost certainly have faced if the daughter herself hadn’t returned upon learning of their difficulties.

I do not know any family lawyers who would advise a client not to comply with a court order or deadline. However there has been a relaxation of attitudes towards court deadlines for exchange of Forms E and alike within the industry in recent years. In light of this recent case law, this now very clearly needs to be readdressed.