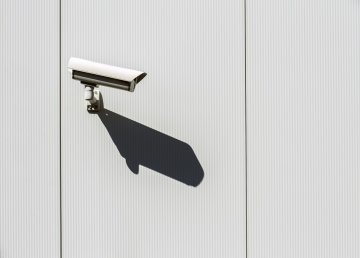 In the recent case of Re B (A Child) , the father of a girl, aged 11, in alleging that the mother had been deliberately alienating him, sought to rely on covert recordings of conversations with various parties, including a social worker, a Cafcass officer and a solicitor.

In the first instance, his Honour Judge Bellamy considered the use of covert recordings in proceedings, and concluded that the father should be permitted to rely on the recordings and as such, the recordings were admissible. The father appealed on two grounds: the circuit judge’s treatment of the recordings which he believed demonstrated bias; and that the judgment should not be published, as ordered. The appeal came before Sir James Munby, President of the Family Division, and Lady Justice King at the Court of Appeal in November 2016 where Judge Bellamy’s judgment, and the wider issue of covert recordings were considered.

Of the issue, Sir Munby said that “the courts have had to grapple with the legal and procedural issues generated by the stool-pigeon, the eavesdropper and the concealed observer since time immemorial”. The President noted that there is notably increasing presentation of secret recordings in the family courts in particular. He attributes this increase to two factors: the availability and decreasing cost of recording equipment and mobile phone software; and the “widespread distrust in … the competence or even the integrity of the family justice system” meaning that individuals feel more inclined to take matters into their own hands.

In recent years, incidents of professional malpractice have only been brought to light thanks to the use of covert recordings. In Re F (Care Proceedings: Failures of Expert) a mother, as part of care proceedings, had been assessed by a consultant clinical psychologist. She made covert recordings of these sessions and sought to show that he had significantly misquoted and adversely misrepresented her. The judge found that while much of the evidence was reliable, there was a “manipulation of material which is wholly unacceptable” and as such, the court could not rely on the conclusions of Dr Harper.

However, Sir Munby, in Re B, stated that it is important to consider the different categories of covert recordings separately, as each may lead to a variety of different issues. These categories are the covert recording of children, of other family members, and of professionals. For all categories, the questions which likely need to be asked concern the lawfulness of the recording, the admissibility of the recording, what is best practice outside of the court room and what other evidential and practical issues may rise (such as determining the authenticity of recordings).

Regarding the placing of recording devices on a child, Mr Justice Peter Jackson in M v F (Covert Recording of Children) said that “it is almost always likely to be wrong” to do so. In this case, the father and his partner had gone as far as sewing bugs into the breast pocket of the child’s blazer or coat. The child was recorded in conversations at school, at the contact centre or on FaceTime with her mother, and at home when social workers and the Guardian made visits. The judge allowed the admission of the recordings but warned that the recordings were a “prominent” indicator that the father and his partner could not meet the emotional needs of the child as main carers. Not only had the processing of the recordings escalated the cost of the proceedings, the father and his partner had clearly not fully considered the consequential effects on the child which could follow. The judge made it clear that his judgment only referred to the practice of covertly recording children in this manner, and not the recording of adults or of children in other ways.

Sir Munby concluded in Re B that there is a “need for consideration to be given to what is a topic of growing significance in the family courts”, an issue for which there is little authority or guidance. He proposed inviting the Family Justice Council to consider the question of covert recording. What is clear is that the issue of covert recordings and their use in family proceedings is not a straightforward one on which to advise. Their use can work both in favour of or against an individual. The nature of the recording and any possible consequences will need to be carefully considered and evaluated by an individual who is seeking to rely on covert recordings in evidence.

Australia says 'yes' to same-sex marriage: what happens now?
This site uses cookies. Find out more. Continued use of this site is deemed as consent.   CLOSE ✖