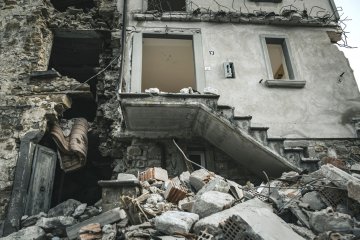 In A Local Authority v HB, Mr Justice MacDonald had to decide whether the mother, who had planned to travel to Syria with the children, aged 6 and 3, was intending to expose the children to radicalisation. The father was not present or represented; it was understood that he had left the UK in 2013 and may have died in Syria.

As Mr Justice MacDonald summarised in his judgment, the local authority were seeking findings that the mother:

The local authority accepted that the mother’s care of the children was otherwise very good, but sought these orders under the inherent jurisdiction to prevent the mother from removing the children from the jurisdiction of England and Wales for the remainder of their minority.

It is of note that the mother initially contended that the local authority had brought these claims on the basis of ‘guilt by association’ with one of her family members, who does have established links to the so called Islamic State. However, she later admitted that she had not been fully honest, and explained that she had been to Turkey to persuade the father to agree to return to England and meet his responsibilities towards his children. She denied that it was ever her intention to take the children into Syria, that she had sought to provide funds to persons associated with ISIS and that she holds or sympathises with extremist views.

In bringing these claims, the local authority adopted the definition of ‘radicalisation’ as contained in the revised ’Prevent’ Duty Guidance for England and Wales: Guidance for Specified Authorities in England and Wales on the Duty in the Counter-Terrorism and Security Act 2015 published on 16 July 2015, which provides a useful starting point for other considerations of this kind:

"A process by which an individual or group comes to adopt increasingly extreme political, social or religious ideals and aspirations that reject or undermine the status quo or undermine contemporary ideas and expressions of freedom of choice."

And the following definition of ‘extremism’:

"The vocal or active opposition to fundamental British values, including democracy, the rule of law, individual liberty and mutual respect and tolerance of different faiths and beliefs."

Mr Justice MacDonald held that, as per existing case law, the burden of proving the facts rests with the local authority who must satisfy the standard of a simple balance of probabilities. He also emphasised that in cases of alleged extremist beliefs or ideology, alleged risk of radicalisation and alleged risk of removal to a war zone, this must be proven by the local authority bringing the case and there is no requirement on a parent to prove the contrary. Similarly, Mr Justice MacDonald reminded the court that suspicion is not enough, and so:

‘whatever the nature of the allegation, any findings of fact the court makes must rooted in the totality of the empirical evidence before the court, and any inferences it is reasonable to draw therefrom’.

Therefore, where evidence is missing, ‘the court must not guess, or infer what the evidence might be, or have been’.

In light of this, Mr Justice MacDonald held that the local authority had not proved their case, and therefore dismissed their applications, concluding that there was no evidence that the mother held or sympathised with radical views, although he did concede that the case had to be viewed ‘through the prism of the mother’s dishonesty’, and that her actions had placed the children in a vulnerable position, even though he was satisfied that this fell short of exposing them to a risk of significant harm.

Whilst this case may not have altered the law, it is still meaningful for the situation it represents, reaffirming the principles to which the court must hold firm, despite the painful reality of our current context.

Mr Justice MacDonald concluded his judgment by recognising that ‘Islamist extremism and the radicalisation consequent upon it exist at present as a brutal and pernicious fact in our society’ and stated that:

‘It is important in these difficult and challenging circumstances that the court hold fast to the cardinal precepts of fairness, impartiality and due process that underpin the rule of law in our liberal democracy, and from which flows the requirement that the court be satisfied to the requisite standard of proof on the basis of evidence before making findings adverse to an individual’.

Whilst the raw pain of the recent attacks on London and Manchester may have heightened the public sensitivity to the threat of child radicalisation and extremism, Mr Justice MacDonald’s judgment provides a strong reminder that the courts are independent, and claims must be evidenced in order to succeed. Whilst the protection of children is paramount, we must all be careful not to perpetuate fear campaigns where a threat has wrongly been perceived.

To read the judgment in full, click here. To find out more about child radicalisation in the family courts, click here.

Are your Dux in a row? What case law can teach us about Duxbury calculations
This site uses cookies. Find out more. Continued use of this site is deemed as consent.   CLOSE ✖