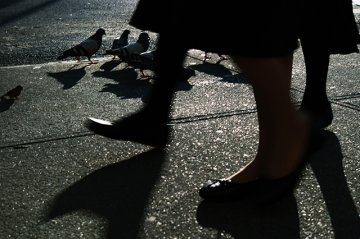 The West London family court at Barnet has ruled in a contested custody case that it is "essential" for the children of a divorced Jewish couple to continue to see their father. The children’s mother, who is raising the children in a Jewish Satmar ultra-Orthodox community in North London, challenged the child arrangements on the basis that the father didn’t meet religious expectations when with the children.

Before the parents seperated, the family were part of the Satmar community, a Hasidic sect, who reject many aspects of the modern, secular world. The father left the Satmar community in 2013, and the family found themselves in court for a tense child arrangement case which had to navigate between "two worlds".

Though the father never challenged the mother’s position as the resident parent, the pair struggled to reach agreements on child arrangements. The father saw his children on prescribed days, including the Sabbath over alternative weekends. However disagreements over the frequency, length and nature of visits were taken to court on several occasions with the mother pushing for the cessation of all contact.

The couple recently returned to court to battle over where the children would spend the Sabbath and festival days.

The father applied for the enforcement of a court order specifiying that the children should spend some religious festivals with him which the mother countered with an application for religious days, including the Sabbath, to be removed from the father’s contact schedule. Though the father remained a practising Jew, the mother reportedly struggled to see him as such, after having left the Satmar community. She was also worried about the children being exposed to things that are not allowed in the Satmar community. The community forbids television, secular newspapers and visits to the cinema; the internet is frowned upon, and outsiders are treated guardedly.

In her judgment, her Honour Judge Rowe QC recognised the importance of negotiating sensitively between the secular and Satmar world:

"The children will find the transition difficult and confusing, and they may well suffer an adverse reaction from others in the community in which they will live for the majority of their lives... unless the mother can protect them from exposure to this negative community opinion about their father, they will face a damaging conflict".

The judgment reiterated from previous court appearances that a "close, deep and loving relationship with both parents" is"essential for their emotional development" of the children and warned that "the risk of a breakdown in arrangements for the children...must be avoided at all costs".

The final judgement took a stern tone, concerned with the impact of continued litigation on the children. However it is not the first time that the judiciary has had to intervene in religious differences in child arrangement cases.

In January last year Justice Orrell ordered a father, whose ex partner was Catholic to take his son to mass. In 2011 family proceedings went to the high court when a man whose former partner was a Jehovah’s Witness, sought to restrict his child’s involvement in the mother’s religion. The judge held that it was both proportionate and in the child’s best interests to restrict the parents%27 right to "instruct" the child concerning their Christian beliefs.

In 2000, the Muslim father of a child who was living with his non-practising Christian former partner, sought an order that his son should be circumcised. However the judge ordered that this was not in the child’s best interests given that he was going to have an otherwise secular upbringing. That it wouldn’t conform to the typical standards of his primary carer and peers was a decisive factor in the judgment.

In these difficult cases the principle of the paramountcy of the child’s best interest always stands, and often it is the particular familial and societal context of the child that leads to judgment.