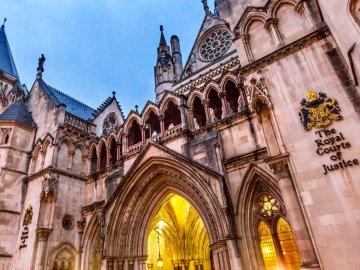 Changes in social attitudes, and the legislation which embodies those changes, cannot fully undo the effects of the past – Lord Justice Underhill

My recent blog ‘I will survive’ highlighted the inequality between heterosexual and homosexual couples so far as contracted-in pension schemes are concerned.

At the time of writing, I was hopeful that the Court of Appeal would redress the issue when giving judgment in O’Brien v Ministry of Justice & Walker v Innospec and Others EWCA Civ 1000. Instead, the Court of Appeal rejected Mr Walker’s appeal on the basis that his pension was accrued before civil partnerships were recognised in law.

Mr Walker and his partner have been together for over twenty years and started cohabitating in September 1993. In 2006, they entered into a civil partnership which they later converted into a marriage. For much of their relationship, Mr Walker worked for Innospec Ltd. He retired after twenty-three years service, accruing a pension worth £85,000 a year.

Concerned that his partner would not be adequately provided for, should he die first, Mr Walker launched legal action against Innospec, claiming that the pension scheme rules were discriminatory.

In 2012, Mr Walker, represented by human rights group Liberty, took Innospec to an employment tribunal, and won his argument that the pension scheme rules contravened European laws by failing to treat surviving same-sex spouses and civil partners in the same way as the widow/ers of their heterosexual counterparts.

Supported by the Department for Work and Pensions, Innospec appealed to the Employment Appeal Tribunal last year… and won. Mr Walker then appealed to the Court of Appeal.

The Court of Appeal decision

The judges were unanimous in their finding against Mr Walker. The judges found that the case turned on two fundamental principles of EU law:

The Court held that these two principles complemented each other, with the effect that, at the time when Mr Walker earned his pension entitlement, the discriminatory treatment was not unlawful under domestic legislation.

The exception in the Equality Act 2010, at Schedule 9 paragraph 18, states that:

A person does not contravene this Part of this Act, so far as relating to sexual orientation, by doing anything which prevents or restricts a person who is not married from having access to a benefit, facility or service— (a) the right to which accrued before 5 December 2005 (the day on which section 1 of the Civil Partnership Act 2004 came into force), or (b)which is payable in respect of periods of service before that date.

As Mr Walker’s pensionable service was before December 2005, his husband was only entitled to the amount of survivor’s pension from his contracted-out pension rights – some £500 per year – as opposed to the c£40,000 he might have expected, had he been a wife.

It is utterly reprehensible that Innospec – a large, successful company with a pension fund surplus – is unwilling to follow the example of the vast majority of major British companies in giving homosexual partners exactly the same spousal benefits as heterosexuals… I paid exactly the same contributions as my heterosexual colleagues. Yet my husband – with whom I have lived for over 20 years – will be entitled to nothing from the company on my death. If I were married to a woman, or if I divorced my husband and married a woman, she would be entitled to a full spousal pension. How can this constitute anything but the most flagrant discrimination?

The government has been quick to refer to the cost of full equalisation of pension rights as a justification for the disparity in the law.

When the Innospec case first came before the employment tribunal in 2012, the UK government said that the cost of equalisation would be around £3.3bn, and that it would have serious implications for the pension schemes.

Pensions lawyers have said there are fears that the reported figures have been underestimated. Many companies, including Shell, have chosen to equalise their schemes regardless of the minimum set out by statute. Around 25% of companies have stuck to the government-required minimum. In time, those schemes failing to equalise benefits to civil partners and homosexual spouses will look ’increasingly out of touch’, according to some commentators.

It may be that Mr Walker, with the support of Liberty, looks to take the case higher, and appeals to the Supreme Court. For now, the decision from the Court of Appeal is likely to serve as a justification for the government to do nothing legislative to reform on this issue. The excuse of cost is exactly that: an excuse. The government has enacted such a flurry of reforming legislation over the last few years – automatic enrolment costs, anyone? – that this cost may have paled into an overall cost rather than a separate expense for pension schemes. As stated in my previous blog, the very nature of pensions is that they are speculative.

The issue with the Court of Appeal judgment is that, even if it is legally sound, it entrenches a law that is intolerable in modern society. The law is not retrospective, nor is it the job of the courts to rewrite the past. The law cannot undo years of discrimination. But society nevertheless expects more than what the law currently provides.

The reality of this decision is that thousands of homosexual couples will face the fear and uncertainty upon retirement that, should they die before their spouse/civil partner, their pension scheme may not make any provision for their partner.

Hiding possessions during a break-up
This site uses cookies. Find out more. Continued use of this site is deemed as consent.   CLOSE ✖