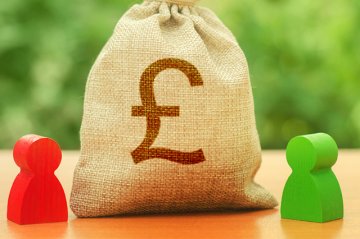 Press reports have made much of the Cooper-Hohn divorce settlement figure of £337m, said to be the largest pay-out in English history. And it seems the fight may not be over, as the wife’s team has intimated that there may be an appeal.

Sir Chris Hohn and his estranged wife, Jamie Cooper-Hohn, are battling over the £700m personal fortune amassed during their seventeen-year marriage. The husband, a phenomenally successful hedge fund manager, is also one of the country’s major philanthropists, with more then £1 billion donated to the Children’s Investment Fund Foundation, a charity founded by the couple during their marriage.

Of course, it is the eye-watering headline figure that has sparked off such wide public interest in this case (according to the Sunday Times Rich List the pay-out makes the wife richer than the Queen), but there are good reasons for family practitioners to await the judgment of Mrs Justice Roberts with more than the usual interest.

In the first place, and most crucially, this is likely to be a rare example of the ’special contribution’ of one party impacting on settlement terms. The husband has argued that the parties’ extraordinary wealth was generated by his "expertise, effort and sweat and blood", and that the wife should therefore be entitled to just a quarter of it. The wife, on the other hand, has claimed an equal share of the fruits of the ’partnership’, which is the accepted starting point under English law.

Such ’special contribution’ cases are few and far between. In practice the principle generally favours men who have enjoyed a stellar career with extraordinary success, and so the courts have been reluctant to discriminate by the back door, this being at odds with the principle of marriage as a genuine partnership, in which the roles of breadwinner and homemaker are treated equally. Of these cases, the most well known is probably the divorce of Martin Sorrell, the founder of the WPP advertising empire. Here the marital assets totalled £73.4m, and Mr Justice Bennett awarded a clean break on the basis of a 60:40 split in the husband’s favour.

The Cooper-Hohn divorce is also of interest to family practitioners as an important milestone with respect to media reporting of family law cases. Although the case was heard in private, accredited members of the press were permitted to sit in on it. At an earlier hearing in July of this year, Mrs Justice Roberts provided much needed clarity on this issue, concluding that the overarching principle of open justice in promoting the rule of law and public confidence in the legal system should override any ’blanket ban’ on press reporting, but that there should remain a restriction on the reporting of financially-sensitive details. This she deemed to be an appropriate balance between two competing human rights: the right of the media to freedom of expression and to report to the public at large, and the right of the marital couple to respect for their private and family life and to confidentiality. She took the view that such a restriction would not impair the public’s understanding of the family justice system.

Finally, the case is a reminder to practitioners of the importance of adhering to the court’s timetable. In upholding Mr Justice Coleridge’s rejection of the wife’s application to adduce expert evidence, the Court of Appeal agreed that not only was the financial report on the husband’s management entities unnecessary, but that the wife’s application had been raised far too late in the day and in breach of the court’s timetable and orders. The Court of Appeal confirmed that the family court is entitled to expect (and demand) strict compliance with all such orders and that if such compliance is not forthcoming there will be consequences.

We await the full judgment of Mrs Justice Roberts to be released later this week with interest.

Update: The judgment was released on 12 December 2014. You can read it here.

Home Office given more powers to tackle sham marriages
This site uses cookies. Find out more. Continued use of this site is deemed as consent.   CLOSE ✖