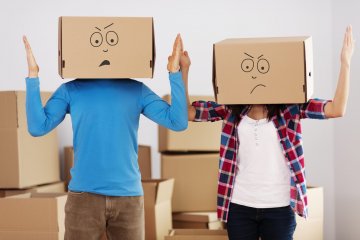 In the recent case of R v B and Capita Trustees, Mr Justice Moor had to pass judgment on an interesting situation where both parties wanted to claim conduct against the other under s.25(2)(g) of the Matrimonial Causes Act 1973. In his extensive and detailed judgment, he reflected on the guidance available from previous case law and summarised the law’s position on the matter.

The type of conduct claimed can be personal, financial, or a combination of the two. Personal misconduct involves instances of harm to the person claiming conduct, such as domestic violence or even attempted murder, and financial misconduct typically involves woeful financial mismanagement or reckless and wanton dissipation of assets. Therefore, while it may seem that conduct could be argued as relevant in any case, Moor J’s judgment serves as an apt reminder that conduct is actually only relevant in a few cases.

Moor J reflected on Wachtel v Wachtel, where Ormerod LJ held that the conduct had been “both obvious and gross”. Turning to Baroness Hale’s comments in Miller/McFarlane, Moor J then considered her statement that Ormerod LJ’s approach was not only just, but also the only practicable one. Baroness Hale had explained that:

“It is simply not possible for any outsider to pick over the events of a marriage and decide who was the more to blame for what went wrong, save in the most obvious and gross cases”.

Therefore, while an applicant may believe that there are manifest examples of immoral and punishable behaviour, the court’s position must be remembered. In any case, the court is an outsider, peering in and passing judgment. Therefore, while they may appear unreasonably high, the requisite thresholds provide a system by which the court can consider the evidence before them and apply judgment as a legal institution, not a moral administrator. As was held by Sir George Baker P in W v W Fam 107 at 110D, the conduct must have the “gasp factor” to warrant the court consider it as part of the factual matrix and remedy it accordingly.

However, Moor J’s reference to Charman v Charman does seem to consider the direct impact that financial conduct may have on a case and how the courts can deal with it. In Charman v Charman, Coleridge J commented that contributions and conduct are opposite sides of the same coin. In his explanation of this deduction, he explained that if a spouse has created unnecessary debt or incurred unnecessary liabilities, this detracts from his or her contributions as well as meaning that the assets have been reduced. Therefore, conduct can be traced into a direct consequence in the final financial settlement.

One particular conduct claim that provides the court with an easier form of recompense is that of the wanton dissipation of assets. As Moor J noted, Cairns LJ held in Martin v Martin Fam 335 that:

“A spouse cannot be allowed to fritter away the assets by extravagant living or reckless speculation and then to claim as great a share of what was left as he would have been entitled to if he had behaved reasonably”.

R v B and Capita Trustees: how did Moor J apply the existing case law?

In R v B and Capita Trustees, Moor J held that R may still have needs, “but they must be assessed in the light of what is available because of what he has done and the effect it has had on everyone concerned”. As Moor J summarised, the behaviour was simply ‘inequitable’ to disregard as it had serious consequences for B’s whole family, and this is the threshold that stands for all conduct cases. Moor J acknowledged that that B had to bear some of the responsibility, but in applying a balance of probabilities to the facts of the case, he decided that the balance came down firmly against R.

Notably, as Moor J observed in his judgment, “Conduct features in section 25(2) without a gloss”. Therefore, not only must it be considered within the wider parameters of s.25 and all the circumstances of the case, but this lack of statutory guidance on when it is appropriate to consider one party’s conduct in a case also leaves each judge with practically unfettered discretion in its application.

Consequences of asking the court to consider conduct

In a word, the most obvious and relevant consequence of arguing for conduct is costs. If conduct is raised, this may necessitate a fact-finding hearing, which will drive up the costs of litigation. Furthermore, if such a claim proves to be meritless, the other side could claim their own costs of such a hearing.

This raises the question: is it right that there is such a high threshold to meet to be able to claim that the other side’s conduct should be taken into account? Some may argue that conduct is absolutely relevant to their financial proceedings, and that if someone has behaved badly they should face the consequences. However, it must be remembered that, although this behaviour may be outrageous on a personal level and may seem overwhelmingly gross and obvious to the affected party, the court’s role is not to pass moral judgments on individuals but to effect an end to their financial proceedings. Therefore, while the inclination may be to point the finger and claim that your partner has behaved so badly that he must be reprimanded for it, the safeguards presented by case law act as a system of checks and balances. Yes, they may have behaved badly, whether on a financial or personal level, and yes, maybe there should be some form of consequence to that behaviour, but unless the court can effect those consequences in a fair way, (i.e. modify the financial settlement to account for the behaviour), there is no way for them truly to recognise the conduct claimed.

Whilst the temptation may be to argue every avenue possible in a case, conduct is one of the areas that does not respond well to scatter-shooting. If you have a conduct case that meets the threshold required by law, then it can have a real bearing on the settlement you receive. However, if you ‘have a pop’ at it in the hope it may stick, it can not only irrevocably damage your relationship with the other side, but also result in a huge increase in legal costs, neither of which will help you to move on in the future.

The behavior of one of the parties, either during the marriage or in litigation.
“Ayesha Vardag - Britain’s top divorce lawyer.”

Domestic Violence and Abuse Bill announced in the Queen's Speech
This site uses cookies. Find out more. Continued use of this site is deemed as consent.   CLOSE ✖