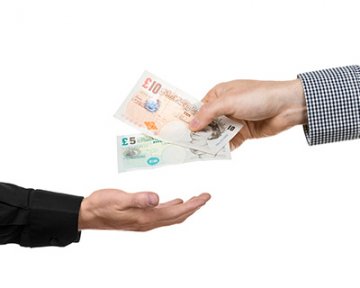 Should the division of finances following divorce take into account the fact that one party to the marriage has sacrificed a potentially high-earning capacity in order to care for the family?

In March 2014, the High Court of Justice heard the case of H v H EWHC 760 (Fam). The parties were divorced in 2005. The former husband – a successful accountant with a net income in excess of £650,000 per year – applied to terminate the periodical payments he was making to his ex-wife from the time of his forthcoming retirement. Mr Justice Coleridge decided that he should pay a lump sum to his former wife on retirement, which could produce continuing income for her, but also allow for a clean break.

At the beginning of the marriage, the wife had also been an accountant. She had worked in steadily improving positions between 1984 and 1990. She left her job when she was pregnant with the parties’ first child.

Mr Justice Coleridge found that the amount of the lump sum should include an element of compensation for the career that the former wife had given up. He noted that, in financial terms, she might not be any worse off than if she had continued her career, because she had participated fully in the high earnings of her former husband, which her career sacrifice had, in part, enabled him to generate. However, being dependent on his future income-generating resources gave her less security than if she had built up a secure earning capacity herself. According to Mr Justice Coleridge, “there remain a very small number of cases where stares the court in the face and to ignore it and simply approach the case on the basis of the more simplistic ’needs’ arguments does not do full justice…”

This case followed shortly after the now well-discussed case of SA v PA (Pre-marital agreement: Compensation) EWHC 392 (Fam). Here, Mr Justice Mostyn warned against including an element of compensation in financial awards. He identified compensation claims as being difficult to compute and arbitrary, and set out four principles which purport to limit compensation awards to a very narrow category of cases.

H v H has now gone to the Court of Appeal. It will be interesting to see how the court deals with the question of compensation and whether Mr Justice Mostyn’s principles are addressed. Watch this space for further updates.

American billionaire Ken Griffin accused of undue pressure over prenup
This site uses cookies. Find out more. Continued use of this site is deemed as consent.   CLOSE ✖