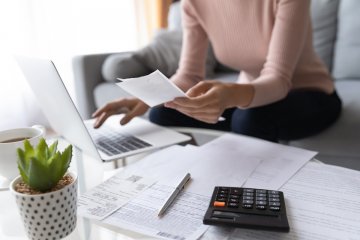 As discussed elsewhere, Mr Justice Coleridge, sitting in the High Court in March, included in his lump sum award to the former wife an element of compensation for the sacrifice of her career as an accountant. Coleridge J said that “there remain a very small number of cases where stares the court in the face and to ignore it and simply approach the case on the basis of the more simplistic ’needs’ arguments does not do full justice…”

This judgment followed shortly after the case of SA v PA (Pre-marital agreement: Compensation) EWHC 392 (Fam) in which Mr Justice Mostyn warned strongly against factoring in an element of compensation in financial awards.

Lord Justice Ryder, who gave the leading Court of Appeal judgment, did not give a definitive view in relation to the debate over whether and when an element of compensation should be included in a financial award on divorce. He noted the restricted interpretation of the compensation principle set out obiter by Mr Justice Mostyn in SA v PA and also highlighted the difficulty of double recovery that can arise when compensation is considered as a separate element, in addition to the sharing principle.

However, he ultimately recognised that although “it is tempting to enter into the debate” on compensation, to do so would be wrong in this case, where the existence of a compensatory element had been accepted without reservation by the first instance judge. It would seem, therefore, that the scope and applicability of the compensatory principle remains for the time being uncertain.

In the Court of Appeal, the former wife argued that although Mr Justice Coleridge had purported to recognise her claim for compensation, he had in fact damaged the compensatory element by determining that she should downsize her home by £500,000 and use her savings to generate her future income.

Lord Justice Ryder noted that requiring the wife to use part of her capital (which arguably represented the benefit or compensatory element that she had obtained) to fund her future income “is to re-create the detriment that compensation is meant to provide for unless there is an adequate comparison of the position of the parties” such that “their income and asset positions remain fairly distributed”.

On the facts, Lord Justice Ryder considered that the overall asset distribution between the parties was unclear following the High Court judgment, and that, as a result it was not and had not been possible to cross-check the fairness of the overall award. He ordered that the matter be re-heard by a different judge of the Family Division of the High Court.

Lord Justice Ryder emphasised that he was not intending to suggest that downsizing a capital asset is incompatible with the compensatory principle, but only that judges need to undertake a “more sophisticated exercise” in order to avoid discriminating against a wife who is entitled to compensation.

Oil magnate’s wife to appeal $1 billion divorce award
This site uses cookies. Find out more. Continued use of this site is deemed as consent.   CLOSE ✖