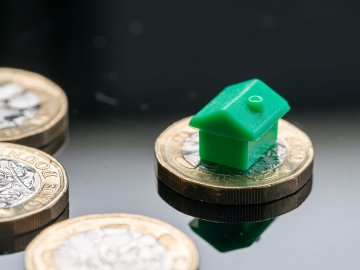 In March 2016, the court made an interesting decision in respect of the controversial principle of add-back, i.e. the compensation of one of the parties for the adverse effects of the other party’s financial misconduct.

The parties were married in 2002, and separated in 2013 after an eleven-year relationship. Both parties were in their forties at the time of separation, and they have four children between the ages of five and ten years old.

The assets of the marriage were vast. The husband inherited assets of around £58 million from his parents, and held a beneficial interest in assets valued at £103 million, structured throughout three trusts. During the marriage, the husband’s occupation had been what the judge said "might loosely be described as, trust affairs”. Before the marriage the wife had lived and worked in London, but had given this up upon marriage and had not worked since.

At the beginning of the final hearing before Mr Justice Moylan, the parties were worlds apart in what they were seeking in terms of the division of assets.

Despite both parties accepting that the case should be determined by the wife’s needs, the wife sought a total sum of £29 million. This was based on her calculation that she needed a capitalised sum of £17 million based on her annual need for life of £500,000. She was also seeking a housing fund of £10.5 million, to provide her with a £6 million country home and a £3.6 million London home, plus a £950,000 budget for furnishing and refurbishment. On top of this the wife was seeking a £1.1 million fund to provide housing for her parents.

By stark contrast, the husband contended that the wife should receive a total of £8.2 million, to include a housing fund of £2.8 million, and a sum of £4.2 million as a capitalised sum in respect of her annual income need (which he put at £150,000), as well as a further lump sum of £1.2 million for ’additional security’.

Prior to the final hearing, in October 2014 Mr Justice Moylan had determined the wife’s application for interim maintenance to take her up to a final determination. The wife had been seeking interim provision of £392,000 per annum.

Moylan J concluded at the interim hearing that there had been “a significant element of forensic exaggeration” in the wife’s interim budget, and that her claims of £392,000 per annum “very substantially” exceeded the standard of living that the parties had in fact enjoyed during the marriage. He made an order for interim maintenance in line with the husband’s proposal of £200,000, which was based on schedules produced by his accountant estimating the family’s annual expenditure.

When the parties arrived at final hearing ten months later however, it transpired that the wife had spent just under £900,000 (excluding legal costs) between the periods September 2014 to August 2015. She had spent £500,000 on living expenses and £365,000 on capital. Therefore she had far exceeded the interim maintenance provision which had been awarded to her.

As a result, at the final hearing the husband sought that a significant proportion of this excessive sum should be (notionally) ’added back’ to the wife’s resources, i.e. should be deducted from any award that he would end up providing to her.

The wife contended that the marital standard of living should be given less weight than her estimated budgetary needs because throughout the marriage the husband had been ’mean’ and had limited the parties’ expenditure. She therefore claimed that the marital lifestyle did not reflect what she needed for her new lifestyle, beyond the marriage.

The established legal test for whether an add-back is justified was set down in the case of Vaughan v Vaughan EWCA Civ 1085, in which it was held that it was only fair to add back into a spouse’s assets the amount by which he or she “recklessly depletes the assets” and therefore potentially disadvantages the other spouse. In particular, there must be “clear evidence of dissipation” and there must be “a wanton element”.

Mr Justice Moylan found that the wife’s spending in BD v FD was “sufficiently exorbitant” to satisfy the Vaughan test, commenting that the wife had clearly “indulged every whim she had” spending significant sums of money on clothes, jewellery, expensive hotels and restaurants, and spending £200,000 on cars.

Mr Justice Moylan held that a sum of £300,000 should be deducted from the wife’s overall award.

As he found that the wife’s contended budget of £500,000 exceeded the actual marital standard of living by £300,000, he subtracted this sum from the £500,000 which the wife had actually spent on living expenses (allowing for the additional expenditure incurred as a result of the wife moving to a new home, a necessary eventuality in the context of the marriage breakdown). The difference was £200,000, which was added to £100,000 representing the exorbitant amount that the wife had spent on cars. Thus the £300,000 add-back was calculated, which the judge found it would be unfair to the husband not to deduct from the wife’s award.

The judge was clearly unimpressed by the wife’s contention that her needs should be calculated at a higher level to reflect her new lifestyle, which she asserted ’was not extravagant because it reflected how she wanted to live which also reflected her social circle’. He also found that her evidence as a witness came “through, and is distorted by, a highly charged emotionally jaundiced prism”.

This case is in contrast to the widely reported case of MAP v MFP EWHC 627, which is often seen by practitioners as a dampener on cases where spouses enthusiastically seek add-back for the other party’s financial misconduct.

In this case, the wife argued, unsuccessfully, that there should be an add-back of £1.5 million for the husband’s expenditure on, among other things, cocaine and prostitutes throughout the marriage.

Mr Justice Moor found in MAP v MFP that the husband’s expenditure was not “wanton” and that the wife had to take the good with the bad elements of her husband’s character, which, on the one hand, had driven him to spend these sums, but had also generated the wealth which had supported their luxurious lifestyle throughout the marriage.

BD v FD highlights the importance of generating an accurate budget throughout all stages of proceedings, and of painting a believable picture of the parties’ needs, which although they are generously interpreted by the court, have to reflect the standard of living enjoyed during the marriage.

Taiwanese actor required to remarry and re-divorce before tying the knot with a new bride
This site uses cookies. Find out more. Continued use of this site is deemed as consent.   CLOSE ✖