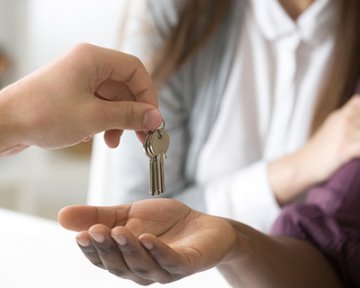 Statute grants English judges considerable discretion when it comes to the transfer of property on the breakdown of a marriage. Cohabitees, however, are reliant on the complexities of English trust law.

Since the decisions of the House of Lords in Stack v Dowden and of the Supreme Court in Jones v Kernott , the way in which cohabitees obtain an interest in the shared property is through the common intention constructive trust, which requires the court to look at the whole course of the parties’ dealings in relation to the property.

A recent Law Commission report estimated that around 450,000 couples in England and Wales jointly purchase property and transfer ownership into one name. Yet given the different legal mechanisms that dictate the distribution of assets in the breakdown of a cohabiting relationship, the implications of the distinct laws which operate in this area are vitally important to understand. Of particular note are the implications of criminal behaviour or fraud on cohabitees’ claims to property upon the end of a relationship.

Although the law of trusts is guided by various equitable maxims, the case law of the last 25 years would suggest that considerable leniency exists in this area when it comes to the maxim ‘Equity will not assist unclean hands’. The recent Court of Appeal decision in O’Kelly v Davies affirms that the principle of reliance, and not the principle of illegality, applies in instances of common intention constructive trusts as well as presumed resulting trusts – in essence, participation in fraud on the side of a claimant asserting a right in property will not defeat the claim.

O’Kelly v Davies concerned a cohabiting couple who purchased a property in William Street, Swansea in their joint names in 1987. In 1991 the property was transferred into Ms O’Kelly’s sole name. Although it was claimed this transfer took place owing to a relationship breakdown, the judge later found that the purpose of this transfer was so that Ms O’Kelly could illegally claim benefits as a single mother. In actuality, after the transfer it was shown that both parties remained at the property, living there as a family unit. In 2006, Miss O’Kelly sold the property to Mr Davies and purchased a new property, 74 Lon Olchfa, with the purchase monies. No. 74 was also in her sole name but, as before, No. 74 continued to be a family home.

When the couple eventually did end their relationship in 2011 the claimant asserted that he had had a beneficial interest in the property in William Street, arising from a common intention trust and that this interest was transferred to No. 74 on its purchase. The common intention asserted by the claimant and found by the judge was the use of the properties as a family home. Hence the claimant was able to assert a claim in equity to No. 74 after the breakdown of the relationship, despite having no legal title.

The crucial issue here, and one which was raised for the first time during the appeal, is that the transfers of ownership in 1991 and 2006 were enacted to pursue benefit fraud. By finding in favour of Mr Davies, the Court of Appeal has applied the contentious 1994 decision of the House of Lords in Tinsley v Milligan , which found a beneficial interest in property for a claimant who is party to a fraud.

In Tinsley v Milligan, as in O’Kelly, Ms Tinsley and Ms Milligan jointly bought a property and then transferred sole title to one in order to claim benefits. The House of Lords held that the claimant did not need to rely on the illegal purpose to obtain an equitable interest; her contributions to the purchase price led to the presumption of a resulting trust in her favour. The application of the reliance principle has caused much controversy subsequent to the decision.

It is notable that the decision was reached by only a 3:2 majority. Lord Keith and Lord Goff, dissenting, wanted a rule which would have defeated any claim tainted by illegal purposes. Certainly the precedent established has created what many consider to be an unsatisfactory result where trusts will be enforced in cohabitees’ property disputes despite serious criminal behaviour by one or both parties.

O’Kelly demonstrates that for now, despite the 2010 Law Commission report criticising the absence of an illegality principle in such rulings, the status quo established by Tinsley remains. The Tinsley principle applies equally to the acquisition of an interest through a common intention constructive trust as through a presumed resulting trust. In cases of cohabiting couples where one party is the sole legal owner, the determination of the parties’ equitable interests in the property will be by reference to contribution and common intention. The illegal purpose behind the property being vested in the name of only one of the parties will not prevent the other party from acquiring an equitable interest in the property.

As Lord Justice Pitchford commented in O’Kelly v Davies, “the purpose may have explained their conduct, but it was the conduct itself that gave rise to a constructive trust”. Among cohabitees, provided a common intention can be found, other than through inherently illegal or fraudulent activities, the existence of illegality will not bar a cohabitee laying claim to an interest in a shared property under sole ownership.

Mostyn J finds Ian McEwan guilty of misnaming The Children Act
This site uses cookies. Find out more. Continued use of this site is deemed as consent.   CLOSE ✖