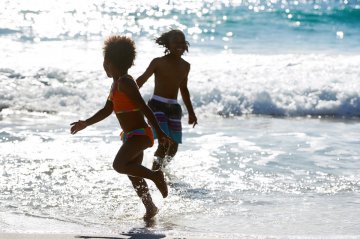 In Egeneonu v Egeneonu, a case spanning several years, a judge considered an application by a mother for the father’s committal for failure to comply with the court orders relating to their children.

The case concerned three children who were removed from the UK by their father and taken to Nigeria. Following this removal, the children were made wards of court. In March 2015, the father was found guilty of nine counts of contempt of court, including leaving the UK to travel to Nigeria and failing to return the children by the specified date, and was sentenced to one year in prison. However, as the father was still in Nigeria, the prison sentence was not implemented immediately.

The mother made an application for declaratory relief in January 2017 and sought to extradite the father from Nigeria. Although this application was dismissed, the father returned to the UK by choice at the end of February 2017. The mother subsequently applied for orders so as to ascertain his whereabouts and, as a result, the father was sent to prison to serve his sentence for contempt. He was to be released on 26 September 2017 pursuant to s258 Criminal Justice Act 2003, having served half of the sentence by this date.

The mother issued an application at the start of August 2017 to commit the father to prison. The main hearing was heard by Mr David Williams QC at the Royal Courts of Justice in September.

One of the allegations against the father was that he brought about important changes in the children’s lives without the court’s consent, even though he knew they were wards of court. Examples included altering their education and also changing their residence which the mother argued were in breach of the prohibition inherent in wardship. It was found, despite his protests to the contrary, that the father had understood the effect of wardship by May 2015 but this ground was still dismissed since the prohibition lacked clarity as to what was permitted and what was not, and there was no clear warning as to penal consequences.

The non-molestation order provided that the father shall not intimidate or harass the mother, either directly or indirectly, and shall not use or threaten violence against her. The father sent numerous letters to the mother containing insults and threats of violence and attempted to gain entry to her home. Mr David Williams QC therefore agreed that the various incidents amounted to a breach of the non-molestation order and the father was given a six-month concurrent sentence.

In respect of three of the hearings, the father freely admitted that he had not attended despite being aware of them. The father sought to argue that the wording ‘must attend’ was ambiguous and that the order did not specify that he had to be present in person. Mr David Williams QC did not accept that argument and said that the words are “plain and simple – attendance involves personally coming to court”. The father was given a three--month sentence to be served consecutively.

Four separate grounds were discussed, all concerning the father’s failure to provide various pieces of information regarding the children’s whereabouts and his proposals for their return to the UK. The judge had to determine whether he was sure that the defendant had failed to do what he was required to do and, if so, whether it was within his power to do it. The first part was clearly satisfied so the question therefore became whether the mother had shown that the father maintained control of the children, and that the father was therefore being dishonest about his position. The father argued that he had no power over the children and therefore it would not be possible for him to comply with the order. He claimed that the children had been at boarding school and were cared for by other individuals. Mr David Williams QC stated that he had “no doubt that the father was in control of the children before he left Nigeria and that he left without making any arrangements knowing that he would remain in control and people would do his bidding”. The father was given a 12 month sentence for each ground, to be served concurrently.

The crux of the judgment seems to be that “if it is contemplated that a party might take such steps and that committal might be sought it would be prudent either from the outset or at such later point when it is considered that breaches might occur or re-occur to specifically endorse on the order a Warning Notice or Penal Notice as may occur with other orders and to explain what may or may not be done”. The threshold is higher than failing to do what is required;a person must know in advance that there are potentially penal consequences.

To read the judgment in full, please click here

An order sending someone to prison for breaches of other court orders.
“Ayesha Vardag - Britain’s top divorce lawyer.”

Ukrainian businessman’s ex-wife awarded £2 million after post-nuptial deed upheld
This site uses cookies. Find out more. Continued use of this site is deemed as consent.   CLOSE ✖