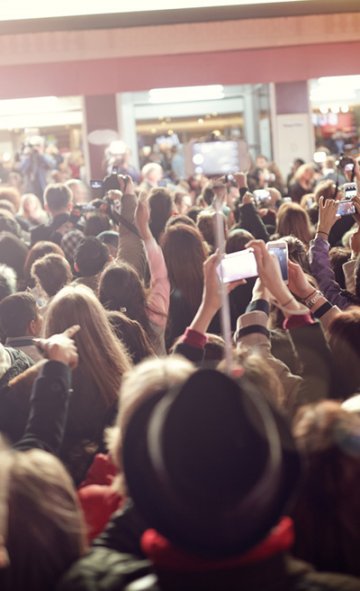 Fellow actors Ben Stiller and Christine Taylor are the most recent Hollywood couple to decide to part ways. In a joint statement, the pair emphasised the fact that they are splitting amicably and will now concentrate on co-parenting.

The Telegraph reports that Stiller, 51, proposed to Taylor, 45, during his filming of Meet the Parents. They married on a beach in Hawaii in 2000 and since then have starred in a reel of films together, including Dodgeball, Tropic Thunder and both Zoolander movies. Only last week Stiller was walking the red carpet at Cannes Film Festival to mark the inaugural Netflix series, The Meyerowitz Stories.

After 17 years of marriage, Stiller and Taylor published a statement on Friday announcing their divorce and requesting privacy. The actors stressed that they want no drama: ‘with tremendous love and respect for each other, and the 18 years we spent together as a couple, we have made the decision to separate’. With two daughters, Ella and Quinlin, the statement also revealed the pair’s pledge to co-parenting: ‘our priority will continue to be raising our children as devoted parents’. Maintaining that they want to ‘remain the best of friends’, the couple’s divorce is playing out in stark contrast to the havoc of Johnny Depp and Amber Heard’s split last year.

Unlike in many of the US states, is it not so easy in England to divorce on good terms like Stiller and Taylor. Under matrimonial law of England and Wales, couples wishing to separate without waiting two to five years have to cite ‘unreasonable behaviour’ as the grounds for divorce. Encouraged to blame each other in order to secure a divorce, English splits often descend into acrimony, which in turn can have a detrimental effect on negotiating child arrangements. Without ‘no-fault divorce’, the English system makes untying the knot, whether you live under the spotlight or not, a dramatic affair.