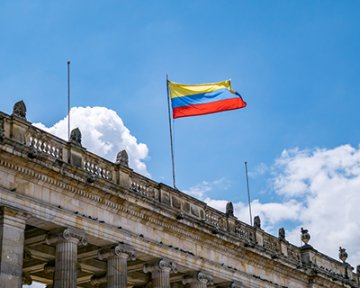 Colombia’s highest court voted six to three against the notion that marriage is only for heterosexual couples. The proposed ruling, now overturned, also advocated for the congress to decide rather than the court. Magistrate Alberto Rojas said, “All human beings … have the fundamental right to be married with no discrimination,” reported The Guardian. A new ruling reflecting the majority decision to legalise same-sex marriage is expected to be approved in the near future. A Colombian constitutional court ruled that same-sex couples must be afforded the same rights as heterosexual couples in 2011, but vague wording and patchy enforcement left many gay couples hanging. The court has postponed discussing marriage equality at least eight times in the last year alone.

Same-sex partners were often told that they could form a “solemn contract” instead of getting married. In other cases, notaries took it upon themselves to register same-sex civil partnerships as marriages, which gave rise to the current debate. The new ruling has Colombia poised to be the fourth Latin American country to fully legalise same-sex marriage, the others being Argentina, Brazil and Uruguay, noted the Telegraph. Mexico also recognises same-sex marriages conducted in Mexico City or select other states. “This decision tells all those conservatives that equality is unstoppable,” declared Luís Felipe Rodríguez, a gay rights activist in Cali. He has already started planning his wedding with his partner. However, Rodríguez noted that the ruling will likely be challenged.

A 2015 ruling allowing same-sex couples to adopt was subject to a referendum before ultimately being approved. “We still have a tough battle ahead of us,” said Rodríguez. While the fight for marriage equality is not yet won in Colombia, the court ruled that judges and notaries cannot refuse to perform a wedding because of the couple’s sexual orientation. That is more than can be said in US states such as North Carolina, where gay rights are rapidly losing ground in favour of religious freedom. Colombia’s imminent acceptance of gay marriage may serve as an important example for other conservative, catholic nations.

Update 11/10/2016: On 28th April 2016, the Constitutional Court of Colombia decided that banning same-sex marriage was unconstitutional.

Less support for divorce than over a decade ago, US study shows
This site uses cookies. Find out more. Continued use of this site is deemed as consent.   CLOSE ✖