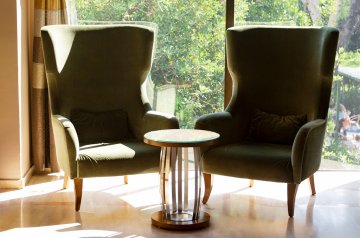 The Cohabitation Rights Bill, the Private Members Bill backed by Lord Marks, has been in the works for some time now, provoking strong reactions from both the aye and the naysayers. It is back on the radar now because on 12 December 2014 the Bill had its second reading in the House of Lords. It successfully passed through to the committee stage and will be reviewed again later this year. Whilst there are nine further hurdles to jump before the Bill becomes legislation, it is worthwhile considering at this point the impact it would have on individuals and family law practices.

Many people believe that there is such a thing as a ’common law’ husband or wife giving them certain financial entitlements but this is not the case. There is currently no specific legislation protecting the financial interest of cohabiting couples. Instead, family law practitioners only have the use of very outdated trusts laws to try to obtain interest in assets on behalf of long-term cohabiting couples. Many, including the President of the Family Division, Sir James Munby, believe that cohabitation reform is desperately needed to assist the 5.9 million people currently living as cohabiting couples (38 percent of whom have a dependent child) who currently do not have adequate financial protection, should their relationship break down, or one party die. Lord Marks’ Bill aims to follow in the footsteps of Scotland, Ireland and many other Commonwealth countries, to rectify that.

What does the Bill propose?

It proposes to establish a framework of rights and responsibilities for cohabitants with a view to providing basic protections for qualifying couples:

The Bill embodies almost all of the Law Commission’s 2007 and 2011 proposals for reform.

The Bill intends for the legislation to apply to all qualifying persons unless they have formally chosen to opt out. If an individual falls under the criteria of ’living together as a couple’ he or she would also be required to demonstrate that they are at an economic disadvantage as a result of the contributions made to the relationship or that the other party has retained a benefit. The Bill also puts in place a two year limitation period during which to bring any claims at the end of the cohabitation period or on the death of the other person.

What remedies are available?

The Bill proposes much the same remedies as are available in matrimonial proceedings – such as lump sum settlements, sale of property, transfer of property, pension sharing – but differs from the marital stance that equality should be the starting point.

What support is there for the Bill?

Baronesses Hale and Deech, both of whom have been outspoken about family law reforms, represent opposing views on the issue of cohabitation. Baroness Hale supports the idea of cohabitation reform and believes that the English courts should follow those taken by the Scottish courts regarding cohabitants. She said: “The Act has undoubtedly achieved a lot for Scottish cohabitants and their children. English and Welsh cohabitants and their children deserve no less”. However, Baroness Deech has criticised the Bill calling it “…a real vote loser” and “an attack on the liberty of two people who have refrained from marrying”. Interestingly, Baroness Deech based her objections to the Bill, when speaking against it in the House of Lords, on the government’s ‘family test’. She said that the reforms proposed in the Bill would “would reduce willingness to commit long-term and would greatly increase the stress of couple breakdown, significantly to the detriment of children”. Her address can be read in full here.

Overall, there does not appear to be much political appetite for reform in this area. A similar Private Members Bill was put forward by Lord Lester in 2008 and received a similarly lukewarm reaction. However, Lord Marks’s Bill has removed the aspect of continual maintenance which was heavily criticised first time around. Commentators are in agreement that whilst reform has some heavyweight backers, full reform in this area is unlikely in the current political climate. However, should it gain momentum, and legislative reform is agreed by the House of Commons, then clearly this will have significant consequences for individuals and for family practitioners alike.

Two children swapped at birth will not be returned to biological parents
This site uses cookies. Find out more. Continued use of this site is deemed as consent.   CLOSE ✖