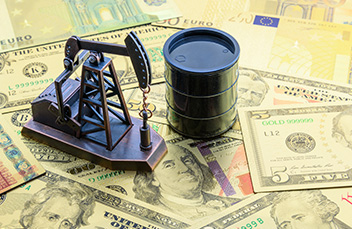 Last month, former Pirelli model Christina Estrada made headlines across the world after a High Court judge awarded her a cool £53 million in her divorce from the recently deceased Saudi multimillionaire, Dr Walid Juffali.

Roberts J ordered Dr Juffali to pay the settlement within three weeks of the judgment, but the terminally ill oil tycoon passed away nine days shy of the deadline, without having transferred the cash and assets. Sources reportedly told The Telegraph that the settlement is held in Saudi Arabia, where under Islamic law he had “sold” his assets to his three daughters, one of whom he shares with Ms Estrada.

The High Court judgment noted that, in 2013, Dr Juffali did indeed enter “into a contract by which he purported to sell the bulk of his Saudi assets to his three daughters…for just over £512 million.”

The Telegraph‘s source claimed that an application had been made “to set aside the contract”, but could effectively result in Ms Estrada having to sue her 13 year-old daughter in order to receive her award.

However, as the contract only claims to cover Dr Juffali’s Saudi assets, Ms Estrada would still be eligible to claim her award from the deceased’s UK assets without resorting to taking legal action against her own family.

In a statement obtained by The Guardian, Ms Estrada called the divorce proceedings “incredibly bruising and distressing”, and expressed the desire to promptly “move on” with her life following the settlement. However, she has yet to publicly comment on this latest revelation.

Dr Juffali secured an Islamic divorce from Ms Estrada in Saudi Arabia in September 2014, via pronouncement of talaq. Whilst under Sharia Law, divorce terminates a husband’s financially responsibility for the wife, Ms Estrada was able to make her financial claim against Dr Juffali in England under Part III of the Matrimonial Causes Act 1984. For further information on Islamic marriage and divorce within the context of English law, refer to our family law guide.

Vardags polo team makes triumphant return at the Tally Ho Farm Polo Festival
This site uses cookies. Find out more. Continued use of this site is deemed as consent.   CLOSE ✖