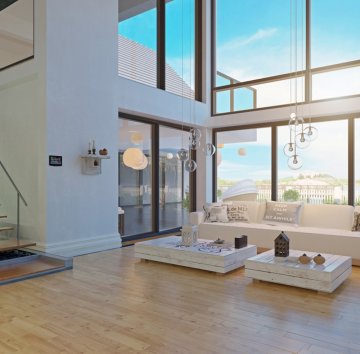 Christina Estrada, a former model and ex-wife of a Saudi billionaire is seeking a quarter of a billion pounds from her divorce settlement in order to fund her new life, a court has heard.

Ms Estrada, 59, says the money she is hoping to receive from ex-husband Dr Walid Juffali, 61, is to pay for new homes, clothes, cars and even art, among other things. Dr Juffali has offered £32 million, including an initial payment of approximately £10 million and maintenance at the rate of £2 million for five years following the settlement.

Ms Estrada, however, believes what her ex husband is offering would be insufficient to allow her to live at the standard to which she is accustomed. The £250 million she is asking for will in part go towards a £68 million seven-storey house in London, as well as £4.4 million for a country house near the Thames in Henley, £6.5 million a year living expenses, £1 million for art and £500,000 for five cars.

Details of her annual budget released during a hearing at the Royal Courts of Justice indicate that Ms Estrada spends £2.1 million each year on travel and £1 million on clothing, including fur coats, ball gowns, couture dresses and accessories.

In addition to her travel and clothing budget, Ms Estrada is asking for £335,000 a year to pay staff at her London home including a live-in butler, housekeeper, chauffeur, two cleaners, a chef and an office manager, as well as £26,000 a year to cover her mobile phone expenses. She has also asked for the return of a £10 million diamond ring, though Dr Juffali claims it has been given away.

Dr Juffali’s legal representation responded to the demands, claiming that they are “firmly in ‘gasp’ territory” and that the list of things she says she needs is “excessive and exaggerated”. If Ms Estrada wins, however, the £250 million would be one of the biggest divorce payouts in UK history.

Woman denied parental rights in same-sex divorce case
This site uses cookies. Find out more. Continued use of this site is deemed as consent.   CLOSE ✖