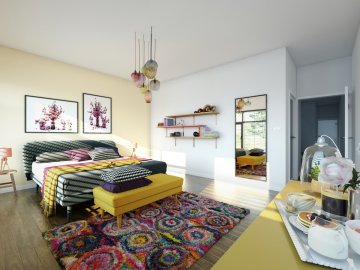 Mr Hall and Mr Preddy are a homosexual couple in a civil partnership. In September 2008 Mr Preddy booked, by telephone, a double room at Mr and Mrs Bull’s bed and breakfast in Cornwall. The Bulls are Christians who believe that sexual intercourse outside traditional marriage is sinful. They have a policy at their bed and breakfast that double bedrooms are available only to ’heterosexual married couples’, which is on their online booking form. By an oversight, Mrs Bull did not inform Mr Preddy of this policy over the telephone. When Mr Hall and Mr Preddy arrived, they were informed that they could not stay in a double bedroom. They protested, and then left to find alternative accommodation.

The Supreme Court unanimously dismissed Mr and Mrs Bull’s appeal. A majority of three held that the policy constituted direct discrimination on grounds of sexual orientation, and that the Bull’s concept of marriage was the union of one man and one woman. In any event, it was unanimously held that the policy constituted indirect discrimination, which could not be justified. As such, Mr and Mrs Bull’s religious beliefs did not entitle them to discriminate against civil partners. The Court confirmed that, although there is a fundamental right to practice a religion, it can be limited where necessary to protect the rights of others.

The Court said ’Parliament has created the institution of civil partnership in order that same-sex partners can enjoy the same legal rights as partners of the opposite sex. They are also worthy of the same respect and esteem’.

The Court also made clear that its judgment does not favour sexual orientation over religious belief. If rooms had been refused because someone was a Christian, this would have been equally discriminatory.

This case deals with a highly complex area, where there is often tension between competing rights and beliefs in society. Although this decision makes clear that it is not prioritising different rights in general, the Court held that one of the purposes of the discrimination legislation in the first place was to ensure that gay people are treated equally, and this needed to be protected in this instance.