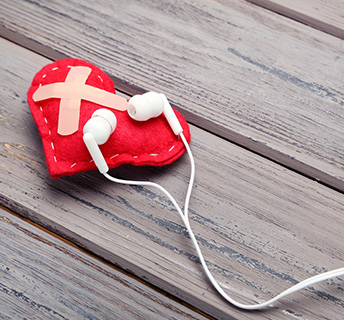 Coldplay singer Chris Martin has spoken out about his 2014 split with Gwyneth Paltrow, which he now calls a “wonderful separation-divorce.” He added, “I’ve lived a lot of life since then.”

The frontman told The Sunday Times Magazine that there are two approaches during a divorce: “You can come at it very aggressively and blame and blame,” he said, ““Or you can put yourself in the garage, so to speak. Take yourself apart and clean off the bits. Reassemble.”

Martin dealt with depression for a year after the split, which was very much in the public eye. Paltrow’s website, Goop, crashed just minutes after she announced the divorce, which she called a “conscious uncoupling.” The pair was married for 12 years and have two children, named Apple and Moses.

The singer-songwriter gives two works of literature credit for his recovery. Martin read “The Guest House, a 13th century work by the Persian poet Rumi, and Man’s Search for Meaning, a Holocaust memoir and psychotherapeutic manual by the Austrian neurologist and psychiatrist Victor Frankl,” as reported by the Telegraph.

“That one Rumi poem changes everything,” Martin mused. “It says that even when you’re unhappy, it’s good for you.”

“I was like ‘What?!’ It took me about a year to get it. A year of depression and all that. I still wake up down a lot of days. But now I feel like I’ve been given the tools to turn it around.”

Martin seems to be on good terms with Paltrow, who sings backup vocals on Coldplay’s new album, A Head Full of Dreams.

Martin and Coldplay have been enjoying considerable success since their performance at the Super Bowl in February. According to Forbes, sales of their discography jumped 365% in the US following the event.

Parent, prosecutor, divorcee: the courtroom criticism of Marcia Clark
This site uses cookies. Find out more. Continued use of this site is deemed as consent.   CLOSE ✖